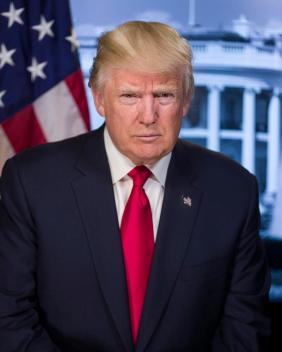 Puzzlement, maybe, at best. A sense of betrayal. There’s that, too. What exactly is or was he thinking?

What shall be the verdict of We the People?

Like the very stable genius James Woods, do you believe that Trump has blithely received from the Democrats the rope with which he will be hanged? Ann Coulter seems to believe that Trump will be impeached. (Entirely possible, if enough of his base desert him, giving never-Trumpers in Congress the green light: permission to vote to impeach on whatever trumped-up charge Robert Mueller delivers.)

Do you believe that Trump has betrayed his supporters by signing this bill that funds Planned Parenthood, illegal alien centers, and Obamacare subsidies, among other expensive and unnecessary items on the Democrat wish list, but also does not fund the promised border wall? Also today, Trump immediately pursued a DOJ ban on bump stocks. Then, to add insult to injury, the President fretted aloud that the omnibus bill did not include what amounts to amnesty for Dreamers.

What’s to like in this bill for Trump supporters? More funding for the military. That’s about it.

Is this the day that the Swamp won, as some believe?

Or, like others, do you believe it’s wise to bide our time, see what happens next, trust the president, and consider this little more than a strategic retreat, to be followed anon by a YUGE win in the war to make America great again?

Pray for the United States of America. There’s a lot at stake this coming November, with the mid-term election, and over the next few years, with likely changes to the Supreme Court (and maybe even in the presidency).

Stay the course, is my gut feeling. That, and praying hard.

May God bless the United States of America.