A Compilation of POTUS Mug Shots

This compilation of photos were collected over the last two years from articles and websites on the internet. Many of the photos seen are photo shopped, in other words, someone fixed them to appear real. Many that were altered are easily recognized i.e., by seeing heads that are to large for bodies. There are extra legs in photos, missing arms, extra hands, shadows on faces in the same photo will be on opposite sides, clothing will not match in colored photos, and on and on. Many of the known photo-shopped ones were done by a person named Ducky. If it is known they were manufactured photos, the comment photo-shopped appears after the photo, and if Ducky was the “artist”, his name appears.

The photos fit into Obama’s pattern of fabrication. His books were part reality and part fiction as written by Bill Ayres. His family appears to also be a creative endeavor, with photos put together to create an illusion of who he is. Much effort has gone into creating a character, a fictitious life, and history. If there are any real documents in Hawaii or at colleges, we don’t know because whoever is the puppet’s master has thought of everything. Information is sealed or scrubbed, documents and articles appear and then disappear. People are threatened with violence and ruin if they speak the truth. So what we are seeing and hearing must be put into the context of being a fictional character with a life of fabricated lies. When you have to falsify family photos, your background, and hide records, there is no other logical conclusion to reach. Barrack Hussein Obama is a threat to our nation. A true American does not hide behind false records, fake pictures, and a manufactured background. Born in 1961, perhaps? Parents were Ann and Barack Sr., perhaps?

If you have other photos that should be added to this gallery, please leave a URL and they will be combined with the ones shown below. Transformational photos follow. 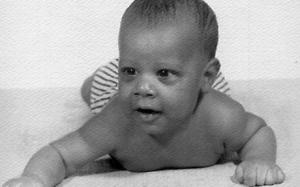 Barry Obama as a Toddler

This looks real!  No scar on head yet. 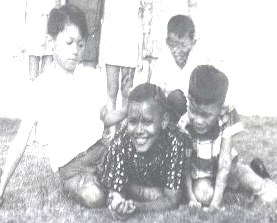 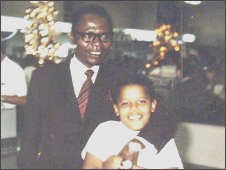 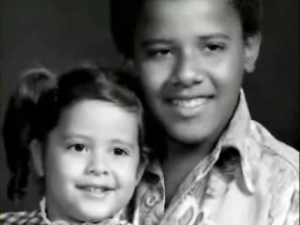 OBAMA’S BASKETBALL TEAM AT PUNAHOU HIGH SCHOOL, HONOLULU He had a growth spurt before his teammates die. The two sitting next to him have “Giraffe Neck” disease. (Photo-shopped) 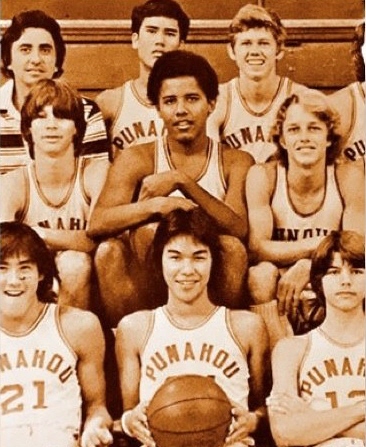 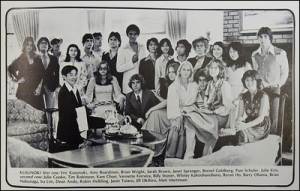 PUNAHOU HIGH SCHOOL BASKETBALL TEAM. WHO ARE THE TWO BLACK ATHLETES? THERE WERE BLACK “TWINS” ON THE TEAM. THEIR NAME WAS NOT OBAMA. JOHN KAMANA AND BROTHER? Photo-shopped 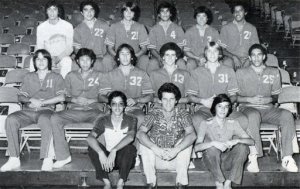 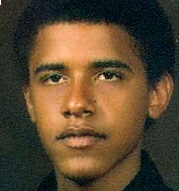 IS THIS A HIGH SCHOOL GRADUATION PICTURE OF BARACK OBAMA? 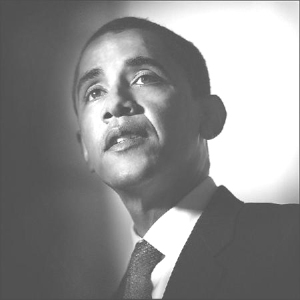 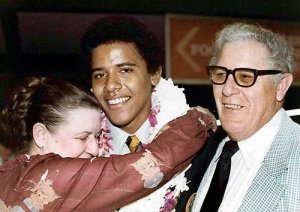 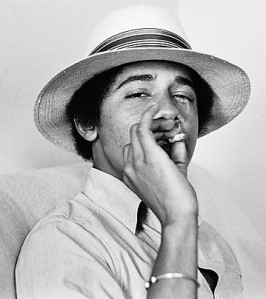 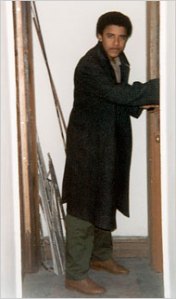 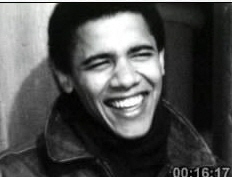 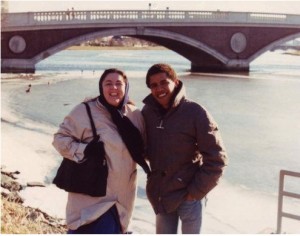 A WEDDING, how nice that the family could attend:

IN 1998 WHEN REELECTED TO THE ILLINOIS SENATE

A PENSIVE LOOK FOR BARRACK OBAMA

A MUCH OLDER HEAVIER MODEL OF OBAMA 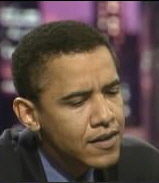 COVER OF COLUMBIA MAGAZINE IN JANUARY 2005

NEW YORK GOV. PATTERSON IS MENTIONED AS ALUMNUS AT COLUMBIA IN THE JAN/FEB 2009 ARTICLE, YET OBAMA IS NOT

BARACK HUSSEIN OBAMA AT A MOSQUE 2009

BARACK OBAMA WAS ARRESTED IN DETROIT FOR DISORDERLY CONDUCT AT AN ACORN RALLY IN 1975. CHARGES WERE DROPPED. Photo-shopped..no kidding! H/T whiterabbitcult.com

A VISION OF BARACK HUSSEIN OBAMA 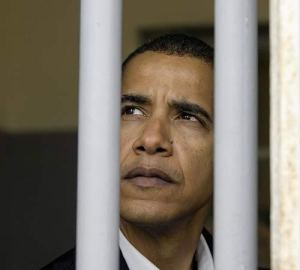 74 responses to “A Compilation of POTUS Mug Shots”