Yahoo and Google Served as the Propaganda Arm/Machine for Obamacare! 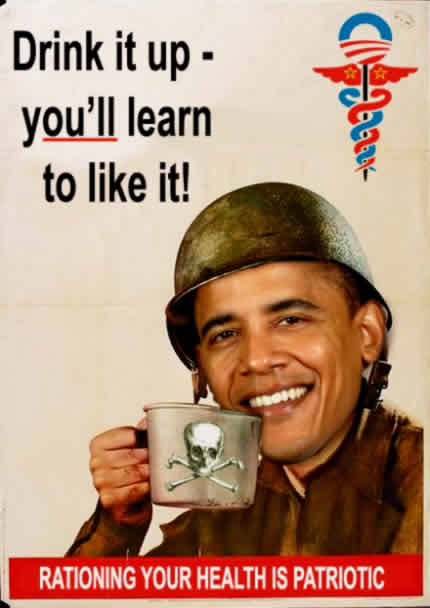 Judicial Watch, the public interest group that investigates and prosecutes government corruption, announced today that it obtained documents from the Obama Department of Health and Human Services (HHS) showing that the Obama White House helped coordinate a multimillion dollar taxpayer-funded campaign to use Internet search engines such as Google and Yahoo to drive web traffic to a government website promoting the Affordable Health Care Act (also known as Obamacare).

The expressed purpose of this campaign is to increase public support for the president’s health care overhaul among key Obama campaign demographics, specifically Hispanics, blacks, and women.

The 2,328 pages of records, obtained by Judicial Watch pursuant to a March 23, 2011, Freedom of Information Act (FOIA) lawsuit (Judicial Watch v. Department of Health and Human Services (No. 11-608), include internal correspondence between officials at the HHS office of the Assistant Secretary for Public Affairs (ASPA), as well as communications with representatives from The Ogilvy Group, the public relations firm hired by the Obama administration to manage the Obamacare campaign.

The following are highlights from the documents:

*  The Obama HHS launched a campaign to track Internet searches and to use online search engines such as Google and Yahoo to drive traffic to a government website promoting Obama’s healthcare overhaul.  Using “pay-per-click” advertising tools, such as Google Adwords, HHS purposely targeted for influence people searching the term “Obamacare,” a word that has been described as “disparaging” by political agents of the president. One HHS email details:

A few keyword groups continue to be top performers, and have subsequently driven most of the traffic to the campaign websites:

While other keyword groups have not performed as well, and are not driving significant traffic to the campaign websites:

* According to a budget summary prepared by Ogilvy, from October 2010 through February 2011, the Obama administration spent $1,435,009 on these online advertisements alone, including advertising campaigns with Google and Yahoo, almost $300,000 per month.

According to a December 10, 2010, email from Margo Gillman, Senior VP of Ogilvy Public Relations to Jenny Backus, the Principal Deputy Assistant Secretary for Public Affairs and the Principal Deputy for Strategy and Planning for HHS, the Obama White House was involved in coordinating the HHS propaganda campaign:

Just a quick note to see if you have any feedback/direction on how we should proceed with the radio and TV concepts that were presented a few weeks ago. You mentioned on our last call that you were planning to discuss them with the White House on either Friday or yesterday. We would appreciate any guidance that you can provide, so we can determine immediate next steps and a production schedule. Also, we are awaiting your feedback on the overarching strategic campaign plan.

Another HHS internal email dated December 1, 2010, from then-HHS official Jaime Mulligan to agency colleagues references the need to present recommendations to the White House regarding a number of components of the Obamacare campaign, including “a big guerilla campaign splash…” (Mulligan is currently the White House New Media Analyst for Public Health.)

* A number of documents address the need to target the Obamacare propaganda campaign to Hispanics, blacks, and women. For example, according to an email from Chris Beakey, Vice President of Ogilvy PR Worldwide, to HHS officials on December 16, 2010, summarizing a conference call, “You want to utilize the bulk of their paid media efforts (which would include expenditures for Radio One and Univision) on media that reaches African Americans and Hispanics. The money will go farther and these audiences continue to be a top priority.”  A January 18, 2011, email from Ogilvy to HHS New Media Communications Director Julia Eisman notes with respect to a Spanish banner ad campaign, “I realize we really can’t use the blond mom and child for this audience.”

* An October 25, 2010, email from Julia Eisman to Imani Green, Senior Vice President and Director of Paid Media for Ogilvy Washington suggests changing the online advertising campaign to accommodate web traffic patterns caused by the mid-term elections:   “Given the high performance, we’re wondering if we should we consider reallocating resources from the lesser performing words and put more $$ to ‘Obamacare’ – at least for the next 7 days,” she suggests.

In previous documents uncovered by Judicial Watch, HHS describes in detail the key to success of the propaganda campaign in a “Statement of Work” accompanying the agency’s Acquisition Plan:

“Health and program-related messages are processed by the target audience according to a particular reality, which he or she experiences.   Attitudes, feelings, values, needs, desires, behaviors and beliefs all play a part in the individual’s decision to accept information and make a behavioral change.”

These  documents suggest the total cost of the Obamacare propaganda campaign could reach as much as $200 million.

“The Obama administration is using taxpayer dollars to manipulate public opinion regarding his socialist healthcare overhaul while also trying to get a leg up in the 2012 presidential campaign.

The American people should be disturbed that the Obama administration is using taxpayer funds to try to brainwash people simply searching the Internet for information on health care. This Big Brother campaign is underhanded, potentially unlawful, and it must be stopped. As the congressional ‘super-committee’ begins negotiations to cut the deficit, this wasteful Obamacare propaganda campaign is the first place they should look.”

In November 2010, Judicial Watch obtained documents from HHS regarding a series of three Medicare TV ads featuring actor Andy Griffith. The Obama Administration spent $3,184,000 in taxpayer funds to produce and air the ads on national television in September and October 2010 to educate “Medicare beneficiaries, caregivers, and family members about forthcoming changes to Medicare as a result of the Affordable Care Act.” However, according to FactCheck.org, a project of the University of Pennsylvania’s Annenberg Public Policy Center, the ads intentionally misinformed the American people.

8 responses to “Internet Giants Worked as Propaganda Arms for Obamacare”