And so it begins …

The Senate impeachment trial begins today. There’s only this to say: 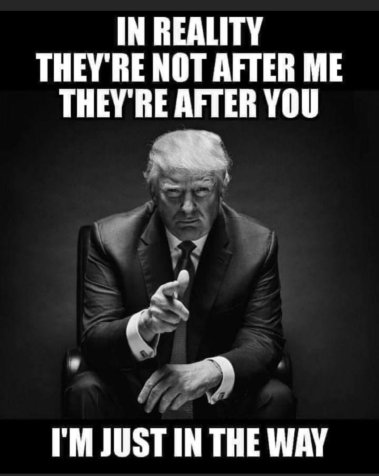 Beyond a doubt, that sentiment is the truth and nothing but the truth.

Never forget that Peter Strzok complained that he could “smell” you because you supported a “loathsome” candidate.

Never forget that the entire progressive universe, including their shills in the mainstream media, label Trump supporters as a “cult” of bigots, racists, white supremacists (no matter our color), with some now going so far as to declare that our voting rights should be null and void because it’s “unconstitutional” to support Trump. Got that? You should be disenfranchised because you can’t be trusted to vote correctly. Sound familiar?

Never, ever forget that their goal is to eliminate all opposition. All of it. Sound familiar?

Submit to their ideology or be sent to a gulag or worse, you “f**king Nazi.”

Watch the trial or not. Your choice.

But never forget that it’s YOU they really aim to “impeach,” and our Republic.