We Still Have “Friends” in the United Kingdom!

Lord Monckton May Help Save Us Again! 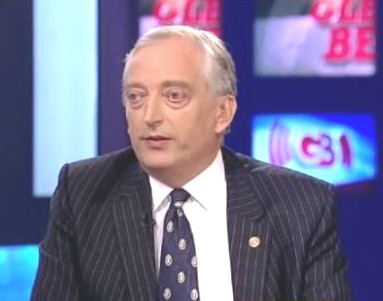 Lord Monckton,  who advised former  British Prime Minister Margaret Thatcher,   is known to us for  warning the U.S. about the global warming scam perpetrated by Gore et al.  He  was willing to take on the scammers in a debate but  the “greenies” never dared take him on.   His words resonated then and they do again.

He spoke to radio host, Dennis Miller yesterday.   From the United Kingdom, once our most valued ally until Obama, come words of wisdom.  He had these words to say about Obama’s birth certificate and therefore, his eligibility.   The world is watching as this information about the forgeries of both Obama’s birth certificate and his selective service registration unfolds.  Newspapers across the world are publishing the information presented in Sheriff Arpaio’s Cold Case Posse Conference, while the United States media is silent.  Whose words are making headlines?  Not Sheriff Joe’s, but Lord Monckton’s!  May his words, wake up those still pretending this issue is not serious.

From the Daily Caller:

Lord Monckton: “I’m no birther, but Obama’s birth certificate is plainly a forgery!”

Monckton, the 3rd Viscount Monckton of Brenchley, hinted about his position on the issue in April 2010 at a tea party rally on the National Mall near the White House. But on Miller’s show, he said the birth certificate issue was far more important that combatting so-called anthropogenic global warming.

“I mean, hey you got a president who has a false birth certificate on the Internet, on the White House website,” Monckton said. “It’s not even clear where he was born.

You’ve got a national debt which is rising into the stratosphere. You’ve got unemployment certainly here in California at 11 percent, 50 percent in the construction industry. These are real problems. You’ve got real environmental problems — overfishing, deforestation, pollution, not so much in the west but certainly in other countries. These are real problems which ought to be addressed. You’ve got poverty. You’ve got disease. These are again serious problems in Africa for instance, that we could be helping with. But no, we’re obsessed with making the rich even richer and making the absolute bankers richer still by going for global warming and cap-and-trade and other nonsenses of this kind.”

Miller protested by saying he disagreed with the suggestion that Obama has a fraudulent birth certificate. But Monckton dug in his heels.

Monckton firmly asserted that the birth certificate on the White House website wasn’t real, and claimed it could be dismantled with software.

“It appears in layers on the screen in such a way you can remove quite separately each of the individual dates,” Monckton said.

“You use Adobe Illustrator and each of the individual dates is in its own separate layer. This thing has been fabricated.  Sheriff [Joe] Arpaio of Arizona has had a team on this for six months. And he has now gone public and said there’s something very desperately wrong with this and of course nobody is saying anything because the entire electorate has been fooled.”

“I’m no birther, don’t get me wrong,” Monckton said.

“I haven’t a clue where Obama was born and I wouldn’t want to entreat into the private grief behind investigating.

But the point is, is what he has done on the White House website is he has put up a document which he is plainly a forgery and I would regard that as a very serious matter.”

The video is available here: