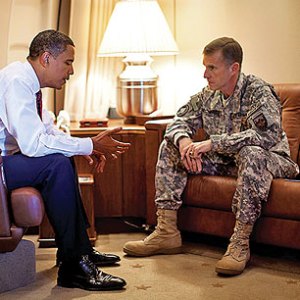 US Military Hedges Bets With Obama

Readers of NoQuarter know that when it comes to my assessment of Barack Obama’s support of the military in the so-called “war” on terrorism I have given him high marks and credited him with being aggressive in going after terrorist cells. Well, the worm has turned. The military’s ability to confront terrorists, which already was limited because the terrorists don’t normally organize in ways that make them easy to hit with military assets, is now being further hindered by a combination of Obama actions and military caution. In essence the brakes are being applied and we are likely to see fewer results in the future. Why? Because the military no longer trusts Barack Obama.