Cover-up Over Obama’s Eligibility – Will CNN be Charged with RICO?

Claimed They Had Obama’s Birth Certificate… 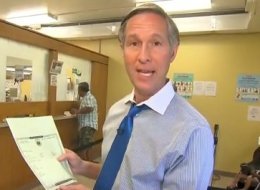 “CNN’s Gary Tuchman says that the reason he likes his job is that his only mission is to get the facts.”