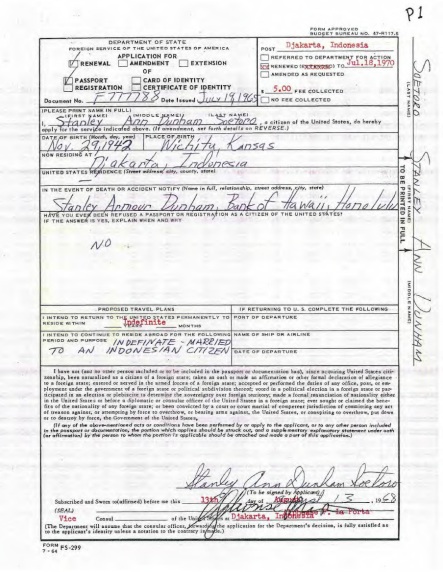 This is the second part of a closer look at Stanley Ann Dunham Obama Soetoro’s passport records. In part one, we examined a portion of a passport renewal application dated August 13, 1968, nearly two years before her passport, issued July 19, 1965, would have expired. We looked into the background of the “vice consul” who processed this passport-renewal: Mr. Alphonse F. La Porta. Because no passport records for “Ann”  Soetoro dated before 1965 were found or released, we speculated about whether the 1965 passport was the first-ever passport for Ann, or whether she had a previous passport, perhaps one issued five years before July 19, 1965.