According to Scott Whitlock of NewsBusters, [emphasis added to quotes]

Chris Matthews appears to have a Mad Libs-style list of the worst insults he hurls at conservative. On Wednesday, he chose “verbal terror” to smear everyone on the right who disagrees with all of the “great things” Barack Obama wants to do. The Hardball anchor opened his show by hyperbolically warning, “Political armageddon!” According to Matthews, the fight between the President and conservatives is not a conflict of ideas.  h/t Gordo

No, it’s much more than a conflict of ideas, alleges Matthews.  Watch the video of him, salivating like a mad dog, at NewsBusters. END_OF_DOCUMENT_TOKEN_TO_BE_REPLACED 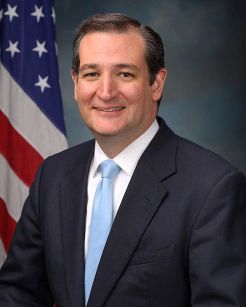 Submitted for your consideration, from Dana Milbank, writing about Senator Ted Cruz:   [emphasis added to quotes]

… The young senator from Texas, after just nine months on the job, had managed to drag down his Republican Party to historic unpopularity. But as Minority Leader Mitch McConnell (R-Ky.) went to the Senate floor Wednesday afternoon to announce a deal that would begin to repair the damage Cruz inflicted, the renegade couldn’t resist one more poke at his leadership.

CNN pulled away from McConnell when the sore loser began talking. …