News Links!! Click on the Titles to read the whole articles. Have Fun! 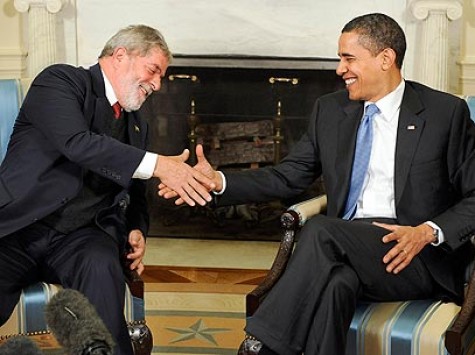 Working with Cuba, “Lula” as he is commonly known, has had an huge influence in the revolutionary wave that has swept Latin America since the early 90′s.

Less widely known is that Lula has enjoyed support and advice from the US’s largest Marxist organization Democratic Socialists of America, since at least the year he founded his Party, 1981.

Incidentally, this is around the same time that Barack Obama began his thirty year association with the organization.

Common, a socially-conscious lyricist whose real name is Lonnie Rashid Lynn, Jr., has defended the retired pastor, and in one poem, he called for the metaphorical burning of President George W. Bush — a “burning Bush.”

Cool or Creepy? Your iPhone and iPad Are Keeping Track of Everywhere You Go, And You Can See It

If you have an iPhone or iPad, it’s tracking your every move. Regular readers know that all smartphones do this; what’s different for Macheads is that this record of everywhere they’ve been is stored in a file on their Apple devices (rather than locked away in a corporate database).

A May Day rally in Los Angeles, co-sponsored by the SEIU and various communist groups, as well as other unions, reflected yet another step in the normalization of self-identified communist and socialist ideologies in the Obama era. Not only did the SEIU help to organize the rally in conjunction with communists, they marched side-by-side with communists, while union members carried communist flags, communists carried union signs, and altogether there was no real way to tell the two apart.