More on the Serrano-Vitorino Case

An update on the case of the criminal illegal alien who murdered five people recently in Kansas and Missouri:

It was revealed in subsequent stories that law enforcement had THREE SEPARATE OPPORTUNITIES to re-deport Pablo Antonio Serrano-Vitorino. He was originally deported about 12 years ago after making a terroristic threat, but only after serving two years in prison for the felony. (Needless to say, Obama wasn’t president then.)

Therefore, Serrano-Vitorino was known as a potentially violent felon–just the kind of person that Obama claims is at the top of the list for apprehension and deportation.

END_OF_DOCUMENT_TOKEN_TO_BE_REPLACED 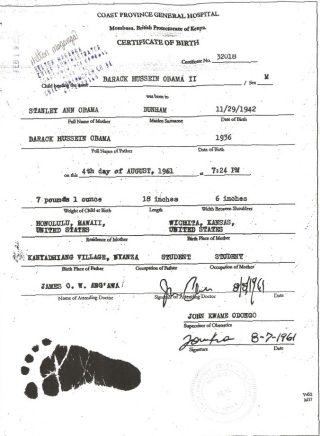 Why the double standard? Why does our government treat an ordinary white woman differently than the president of the United States?

For most of her 65 years, Karin Whorton thought herself as American as apple pie.

She grew up in Blair, Neb., graduated from high school in Council Bluffs, Iowa, married, then moved to St. Louis in 1972. Seven years later, she divorced, went back to school and has since built airplanes. At one point, she said, she carried a secret government clearance to help work on a stealth fighter jet. END_OF_DOCUMENT_TOKEN_TO_BE_REPLACED