Media Bias, Global Elites, and the Rise of Donald Trump

So this morning I read the earth-shaking “news” that Donald Trump “now” says he was being “sarcastic” when he said that Obama founded ISIS. (Something he’s said many times before, going as far back as January 2016, but suddenly, when Hillary Clinton needs a distraction, Trump’s statement is a newly debuted “attack-line.”)

In an obviously coordinated, Journolist-type meme that’s everywhere, literally (in the true sense of the word) everywhere, the media claim that Trump is reversing himself, blaming others (the media) and walking back the misstep he made when he said falsely that Obama founded ISIS.

END_OF_DOCUMENT_TOKEN_TO_BE_REPLACED 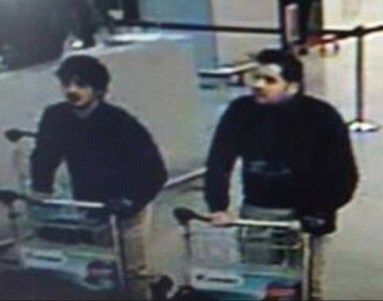 What will it take for European countries, our country, and all of their assorted leaders to realize, once and for all, that we are at war with “radical Islam”?

END_OF_DOCUMENT_TOKEN_TO_BE_REPLACED

Mayor Klaus Wowereit was in attendance. (Wow!  I like that name.) He’s on the far right, above, next to Chancellor Angela “Hard G” Merkel.

END_OF_DOCUMENT_TOKEN_TO_BE_REPLACED

This is a  composite of the most important  information that was released by Wikileaks to various news outlets.  This references  Days  1 – 6  by the UK’s Guardian. Of the reported 250,000 downloaded cables, only a fraction have been released.   These serve as insight into our government’s relationships with other countries.   They also may permanently damage our image throughout the world, highlight our inability to maintain our secret documents, and otherwise inhibit a trusting relationship with many countries.   This doesn’t  cover the danger that those who divulged their opinions  ” in secret”  may now face in the countries they represent.