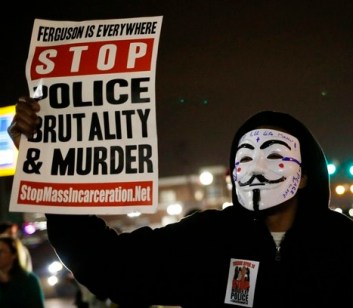 An update to the previous post: The verdict came down this morning on the case of Jason Stockley, a West Point graduate and Iraq war veteran:

END_OF_DOCUMENT_TOKEN_TO_BE_REPLACED

Here’s a story that probably won’t receive much publicity in the mainstream media. It’s come to this now: A judge in St. Louis was “warned” by a group of clergy members that he’d better rule that white police officer Jason Stockley is guilty of murder, or else. Or else what? As yet another activist group, which included some of the same clergy members, threatened:

END_OF_DOCUMENT_TOKEN_TO_BE_REPLACED

The future President of the United States, after visiting the site of Adolf Hitler’s home in Bavaria, wrote: [emphasis added]

You can easily understand how that within a few years Hitler will emerge from the hatred that surrounds him now as one of the most significant figures who ever lived. … He had boundless ambition for his country which rendered him a menace to the peace of the world, but he had a mystery about him in the way he lived and in the manner of his death that will live and grow after him. He had in him the stuff of which legends are made.

END_OF_DOCUMENT_TOKEN_TO_BE_REPLACED 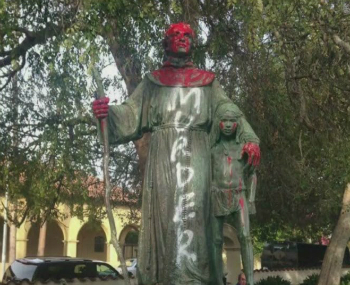 The war on statues spread to Catholic saints this weekend while a judge in Georgia lost his job because he criticized the monument vandals.

Vandals spray-painted a statue of Junipero Serra at a Los Angeles park across the street from Mission San Fernando on Thursday. A photo of the vandalized statue has gone viral.

END_OF_DOCUMENT_TOKEN_TO_BE_REPLACED

Cultural Genocide and the Alt-Left 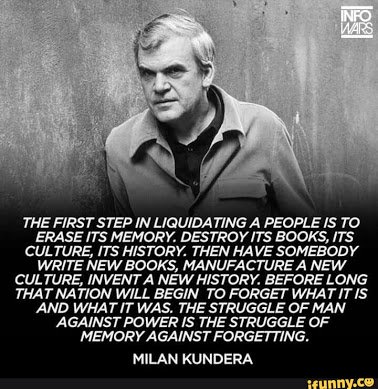 Photo from this link.

The quote speaks for itself and explains what’s happening today, as the alt-left seeks to destroy the culture and history of the USA, as demanded by this alt-left advocate, among many others: