Requiem for a Twinkie (Open Thread)

Thanks to greedy union members, 18,500 employees of Hostess will now be out of work.   We the People might have to say goodbye to those delicious treats that so many of us have learned to love.

Gone, too, will be Wonder Bread, the bread that most of us grew up eating.

END_OF_DOCUMENT_TOKEN_TO_BE_REPLACED

Just when you think you’ve heard everything in the new “post-racial,” Obama-transformed United States of America, Florida comes up with something quite unbelievable.  Talk about the “soft bigotry of low expectations!”

END_OF_DOCUMENT_TOKEN_TO_BE_REPLACED

MoveOn Co-opts OWS. Organizes Run On Banks? To What End? 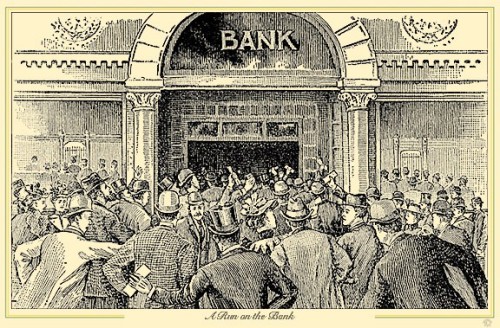 MoveOn.org is an organization with a long history of “progressive” political activism, beginning with the campaign to prevent the impeachment of President Clinton over the Lewinsky affair.  More recently, MoveOn was famously behind the despicable “General Betray Us” ad. END_OF_DOCUMENT_TOKEN_TO_BE_REPLACED

Wondering what’s going on with these Occupy protests around the world?  This video posted by Trevor Loudon explains some of it.  Please watch, if only the first few minutes.

Listen carefully to how Louis Farrakhan warns Barack Obama against attacking “peaceful” protesters, as Obama himself instructed tyrants in other countries. Farrakhan says that OUR world is going to be destroyed and all of Farrakhan’s enemies will be killed.

To a one. Exterminated.  END_OF_DOCUMENT_TOKEN_TO_BE_REPLACED

Scene from London riots by “youths”

London burns.  Thank goodness it can’t happen here.  Or can it?

Disturbing riots in London are variously attributed to disaffected “youths”; to anger over the shooting of a gangbanger by a policeman; to “children” engaging in hooliganism because their parents are uninvolved; to hooded political dissenters, stirred up by unions and activist groups in protest of UK anti-austerity actions; or to “flash mobs” organized via social media by thugs who want only to take things they can’t afford to buy.

END_OF_DOCUMENT_TOKEN_TO_BE_REPLACED

Blowhard!  This would be amusing if we didn’t know that it just may be something that Barack Obama and most of his Marxist/progressive/domestic terrorist friends (Bill Ayers, Bernardine Dorhn, Van Jones, etc.) have been community organizing for, for years.  Global-warming guru Al Gore calls for an “American Spring”, such as the Middle East experienced over multiple “Arab Springs“–orchestrated, Internet-community-organized, George Soros-funded, astroturfed revolutions in the streets of their cities.  But we’re not alone.  Some have suggested recently that Israel, too, needs such a “Spring”.  END_OF_DOCUMENT_TOKEN_TO_BE_REPLACED

The Thugs of SEIU have an Intimidation Manual!

Who Would Have Guessed? 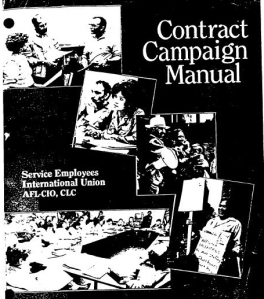 This manual is now a Must Read for all businesses, companies, and government officials who are being Harassed and Threatened by Union Thugs.   They must learn what they are up against and develop their own strategies to overcome and beat the opposition.   ACORN follows the same model as the unions.  The unions showed their purple  colors in Wisconsin and in Arizona where they orchestrated and inflamed citizens by their antics  and gathered and induced support from other cooperating leftist organizations.

Is there a counterpart written by ethical, fair minded business people to counteract their practices? Sodexo may be the company leading the way, and may beat them at their own game.

END_OF_DOCUMENT_TOKEN_TO_BE_REPLACED

Despite what Baba O’Reilly and the lame stream media say, “we the people” would be remiss if we did not continue to demand proof of Obama’s birth and history.

That Obama has managed to get away with such blatant side-stepping of a minimal inquiry into his past is unbelievable—make that un-frigging-believable.  The whole thing stinks to high heaven, and can only have continued this far through the machinations of some big time “heavy hitters,” threats, widespread conspiracy, and a lot of hush-money greasing palms.

END_OF_DOCUMENT_TOKEN_TO_BE_REPLACED

Unions Plan to Destroy Our Economy in May! (Updated)

A former official of one of the country’s most-powerful unions, SEIU, is detailing a secret plan to “destabilize” the country.

Specifically, the plan seeks to destroy JP Morgan, nuke the stock market, and weaken Wall Street’s grip on power, thus creating the conditions necessary for a redistribution of wealth and a change in government.

The Blaze procured what appears to be a tape of Lerner’s remarks. Many Americans will undoubtely sympathize with and support them. Still, the “destabilization” plan is startling in its specificity, especially coming so close on the heels of the financial crisis. END_OF_DOCUMENT_TOKEN_TO_BE_REPLACED

Root-rot is a generic term often used to describe roots that are found to have died and rotted away. But what is root rot exactly?

Recently Congressman Pete Sessions and Congresswoman Eddie Bernice Johnson (D, Houston) spoke in the morning at the Dallas Health Care Forum. They called out their forces to attend this event and to show their support for them and Obamacare. The rent-a-supporters were to distinguish themselves from the mobs of “unruly radical tea-baggers.” Their plants…err plans in support of Obama’s Folly (after Hiring unknown numbers of ACORN and SEIU “supporters” and rent-a-dub duds) was to dress alike in white…the color of their essence and spirituality. After all the bad press, it appears the Democrats are now changing their normal protesting patterns and want to represent themselves as the Silent Majority….now this deserves our ridicule. Did the WH advertising department realize they had been exemplifying Alinsky’s RULE 7: “A tactic that drags on too long becomes a drag?”

They received their directives as follows, and most likely this will be happening across the country.

“The essence of the form of our counter-demonstration is to show the contrast between the raucous misinformation and fear-mongering of the opposition and the quiet rationality and determination of the advocates for health reform. We ask that people dress in plain white t-shirts – a clean, clear symbol of solidarity. People will hold signs with positive affirmations of health reform or corrections of misinformation. None of the nasty stuff. And people will have calm or pleasant facial expressions as they stand mute with their signs. Why? Because in front of them will be a banner with SILENT MAJORITY emblazoned on it, reflecting the TRUE INCLINATION of our country who silently cries out for reform every day.

We are going to let the FEARFUL scream and holler as the opposition of everything but the status quo squirms on the wrong side of history. We will be quiet, resolute faces as the world turns in our favor. Trust me, the teabaggers will be more irritated at silent opponents then they would be if we take their bait and get in a shouting match.”

My question is do these people know what the words “quiet rationality” mean? Can they spell either word? Are they keeping the rentals quiet because they don’t know the first thing about the health care bills, so they couldn’t talk about what is in the bill anyway? Obama can’t talk about it so anyone understands, therefore it follows that his minions certainly can’t. Did Obama forget Alinsky’s RULE 2: “Never go outside the expertise of your people. It results in confusion, fear and retreat.” Talking intelligently to the opposition about the bill would do just that …go outside their area of expertise! Their expertise was shown in their ability to shout three one-syllable words. Obama bombed in his death care presentations, so I guess his expertise is even more limited than we thought. I think it will be great that the real grassroots won’t have to listen to the rental’s rehearsed chants coming at them through a bull horn.

By golly, ridding themselves of their red ACORN shirts and their purple SEIU shirts does represent change. Do you think this change happened after their thug antics were splashed all over TV networks and You Tube? Did Alexrod or Plouffe come up with that advertising idea of putting them into “symbolic” white T shirts meant to show solidarity? (Who will translate this into pure and angelic?) I wonder if their dress will pass the Democratic fashion inspection monitors? Let’s see, Brooks Brothers vs white T shirts….let’s see how those fashion conscious journalists portray these bussed in rentals in upcoming articles.

Personally, I don’t think this change is because the paid supporters don’t want to be identified as Rentals. I think they should be identified as “withered, pruned, and decayed Plants…in other words, Rotten Roots.” Shortened, they are RR’s. This assumes we use to our advantage Alinsky’s RULE 5: “Ridicule is man’s most potent weapon.” Will their mouths be duct-taped too? We can only hope… Oh, see us squirm at their silence. Trying to change their stripes, err colors, err shirts, midstream is really too late, don’t you think? You Betcha!

Remember to be in charge and reverse this socialistic change that the RR’s want to implement, we must adhere to Alinsky’s RULE 8: “Keep the pressure on. Never let up.”