Posted by Bridgette and Miri.  By request, an exploration of the wonders of Barry Obama, Punahou Basketball Star.

The mystery? What was his number? Where are the yearbooks? Why don’t we see newspaper articles from those days, touting the wonders of Barry’s jumpshot?  Why isn’t John Kamana, a starter for four years, in all these photos, too? (h/t 57th State) END_OF_DOCUMENT_TOKEN_TO_BE_REPLACED

1979, graduation from Punahou High in Hawaii:

Wide, open-lipped smile.  Good teeth. Slim lips. Below is another from the very same day:

END_OF_DOCUMENT_TOKEN_TO_BE_REPLACED

With a huge hat tip

to kittycat77 and Bridgette, here’s a montage of images from a news story about Stanley Ann Dunham’s days as an elementary school student in Vernon, Texas, circa 1951-1952.

First, in the interest of educating the people of the USA about Barack Hussein Obama’s family, here’s the text of the story in full: END_OF_DOCUMENT_TOKEN_TO_BE_REPLACED

(Associated Press Photo by Pablo Martinez Monsivais; free to use or share, per Google)

As a child, Barack Hussein Obama II avidly watched his Indonesian Idol on TV.  That idol was Indonesian autocratic President Suharto.  Barry, as he was then known, took notes on Suharto’s speeches, so that he could later reenact them, with himself playing the role of Suharto to his adopted sister Lia’s bodyguard/henchman. (Or would that be henchperson?)  END_OF_DOCUMENT_TOKEN_TO_BE_REPLACED

END_OF_DOCUMENT_TOKEN_TO_BE_REPLACED

Updated, again! Obama’s Parents Planned to Put Him Up for Adoption 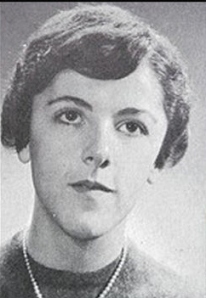 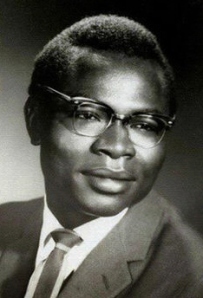 In an amazing turn of events, a reporter for Boston.com alleges that Barack Hussein Obama and Stanley Ann Dunham discussed giving their baby up to the Salvation Army for adoption.

The elder Barack H. Obama, a sophomore at the University of Hawaii, had come under scrutiny by federal immigration officials who were concerned that he had more than one wife. When he was questioned by the school’s foreign student adviser, the 24-year-old Obama insisted that he had divorced his wife in his native Kenya. Although his new wife, Ann Dunham, was five months pregnant with their child – who would be called Barack Obama II – Obama declared that they intended to put their child up for adoption. END_OF_DOCUMENT_TOKEN_TO_BE_REPLACED

George Has a Story to Tell…

Don’t All the “Unrelated” Obamas?

We are watching several  of the Obamas go from rags to riches because of their falsified relationship to a fraudulent U.S. president.   We’ve read about books created by Auma, Mark, Barack Obama Jr.,  and we are told Ann Dunham Obama Soetoro’s  thrilling Indonesian blacksmithing thesis is to be published by Maya.   We’ve been exposed to Barack’s daddy’s dream of socialism for Kenya, and now George  believes he has a story to tell.   So many Obamas, so many stories!

As a reminder,  George was born in 1982  to Jael Otien, the supposed mistress/wife  of polygamist Barack H. Obama Sr.   He was raised in Nairobi by his mother and a French stepfather (name unknown)  until they divorced.   Supposedly,  Jael now lives in Atlanta, GA with her second husband (name unknown).   Coincidentally, George’s other half-brother, Mark Ndesandjo,  lived close to Jael when he attended Emory University, but that’s another story. END_OF_DOCUMENT_TOKEN_TO_BE_REPLACED

By  Bridgette and Renee

Rep. Gabrielle Giffords (D-Az)  was shot in the head  at a  rally in a parking lot today in Tucson, Arizona. Reports say the shooter was a 22 year old white male now in custody by the name of Jared Loughner. The pretty blonde with a beautiful smile was  taken to the hospital  and was undergoing surgery.

Nineteen people were shot and wounded including six who have reportedly died, including Judge John Roll, who was caught in the crossfire, and a nine year old little girl .

END_OF_DOCUMENT_TOKEN_TO_BE_REPLACED

Before you read further, quickly make a guess of the 1o most corrupt politicians and see how well you do  at spotting them!

Washington’s “Ten Most Wanted Corrupt Politicians for 2010” by Judicial Watch.

END_OF_DOCUMENT_TOKEN_TO_BE_REPLACED 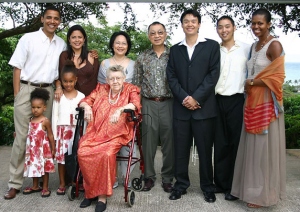 This post continues from the original “Obama’s Huge Fabricated Family.”