Father of the Pregnancy? 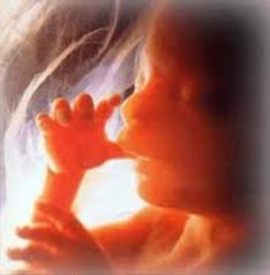 By now, the entire world knows about the 10-year-old Ohio girl alleged to have been raped and who then traveled to Indiana for an abortion. Because the story was sourced to a single person–an OB-GYN who is active in pro-abortion politics–many citizens, some politicians, and even some in the mainstream media were skeptical.

After so many expressed doubts about the veracity of the story; after Ohio’s Attorney General stated that surely law enforcement in Ohio would be investigating the crime, if true; after it became a political problem for pro-abortion leftists, suddenly comes a story “verifying” the narrative.

Police have arrested an alleged perpetrator. Unfortunately for progressives, the man appears to be an illegal alien who’s interloped in our country for years.

Despite that reporters, politicians, and others had tried to track down any report of this crime, they were told either that no such report existed or they got no response at all, even though almost everyone with knowledge of this crime, including two physicians, was required to report that crime to authorities immediately.

Why did the rapist suddenly get arrested, once light was shined upon the fact that nobody would or could confirm a report or investigation? Does this new development represent a mad scramble to CYA:

Columbus police were made aware of the girl’s pregnancy through a referral by Franklin County Children Services that was made by her mother on June 22, Det. Jeffrey Huhn testified Wednesday morning at Fuentes’ arraignment.

Carefully worded, that paragraph doesn’t say that police learned on June 22, only that a “referral” was made “by her mother” on that date to social services.

Did Franklin County Children Services immediately refer the case to the police, or did they sit on it until publicity forced their hand? If one is to believe testimony in the accused rapist’s arraignment, an officer was assigned this case on June 22. Where, then, is the police report?

How much of a role did politics (of abortion, of illegal immigration, of “diversity”) play in the decisions made by all medical, social services, and government actors?

When exactly did the case get referred to the police? (See undated court records here and here.) Most mainstream media articles don’t mention a police report, which should be public record.

If movement in the case began only after public skepticism was expressed, who and what caused any delay in seeking justice for this child? Social services? Immigrant activists? Police higher ups? Prosecutors?

The court report states that the alleged rapist was arrested on July 12, so only after skepticism about the veracity of this story was expressed in the media did police arrest the man and prosecutors take the case to court.

Exactly how many referrals/reports were made regarding this case, by whom, and to whom?

By my count, there should have been at least three, if not more, mandatory referrals, depending upon how many health care providers, social service agencies, and abortion providers were involved before the child traveled to Indiana for the abortion. One might expect to find referrals in the state of Indiana as well, if only to ensure this heinous case didn’t fall through the cracks.

A police officer testified that the child’s case received a “consultation” on June 29 (5 days after the SCOTUS Dobbs decision), an abortion the next day, June 30, and the fetal remains were “entered into evidence” after having been retrieved by police on July 2.

On July 6, two days before Joe Biden’s speech politicizing this alleged heinous rape, the police (finally?) contacted the alleged victim’s family and took DNA samples from her purported brothers as well as from the little girl, at which time the child allegedly identified Gerson Fuentes, the accused, as her alleged rapist.

Police got a warrant to obtain a saliva sample from the accused rapist, who, police say, subsequently confessed to raping the child twice.

Although arraigned as Gerson Fuentes, a police officer testified that he is unsure of the true identity of the accused. The child was reportedly only 9 years old when she became pregnant.

We’ve heard that the alleged rapist is an illegal alien. What is the citizenship status of the child and other members of her family?

DNA testing may confirm more than the paternity of the fetus. DNA should also confirm the relationship between this child and those who are claimed to be her brothers and mother. Is there no father on scene?

Is it possible that this little girl is older than claimed? Could she or someone else, on her behalf, have misrepresented her age so that she could be admitted into the U.S. as an “unaccompanied minor?”

Could she have been trafficked? Raped on the journey, as so many children unfortunately are?

Will the answers to such questions open yet another can of worms that woke leftists won’t want to address? If so, will the public ever learn the truth?

How likely is it that a 9-year-old girl has completed puberty and become pregnant after two sexual encounters?

Why is this child still in the custody of those who allowed this to occur? Have the police or social services asked, much less gotten the answers to, such questions?

Interestingly enough, the pro-abortion activist doctor who politicized this case by reporting it to the public faces consequences for violating federal HIPAA law and patient privacy. She reportedly also faces an investigation by Indiana’s Attorney General. Thank goodness!

Notably, the political narrative that the child had to go out of state for an abortion appears to be false, as Ohio law would have allowed an abortion in her case (provided the facts are as presented).

The media have allegedly identified and spoken to the mother of the alleged rape victim. Curiously, the mother defends Gerson and denies his guilt. Was the mother in a relationship with this man? If so, since the child appears to remain in the woman’s custody, is the victim now at risk for having told the police who allegedly raped her?

Who’s looking out for the welfare of this child? Anyone?

Below is a screen shot from federal vital statistics records:

Federal law makes it criminal to engage in a sexual act with another person who is between the age of 12 and 16 if they are at least four years younger than you.

In addition, most state laws place the age of consent at 16, 17, or even 18. How many of these cases were investigated as rape, as all should have been?

If every case of a birth to, or an abortion performed upon, someone under the age of consent were investigated properly, resulting in prosecution and conviction of these statutory rapists, we’d probably have to build a new prison just to house all of them.

How many cases of statutory rape have you read about in the news? There should be thousands.

Is the insidious excuse that child sexual abuse is “cultural” used to explain away why child rape is not reported, investigated and prosecuted in certain communities?

To explain the title of this post: The woke seem to have coined yet more euphemisms in order to avoid calling the aborted child a baby or even a fetus:

The 10-year-old also told police Fuentes was the father of the pregnancy, Huhn testified. Meyer said the girl had just turned 10 recently, meaning she was likely impregnated at 9 years old.

Clark Torbett, an attorney with the Franklin County Public Defender’s office, said it was unconstitutional to hold Fuentes without bond, especially with DNA confirmation of the pregnancy’s father still pending.

How many more innocents have to suffer and even die upon the altar of progressive wokeness?

134 responses to “Father of the Pregnancy?”