Round about the caldron go;
In the poison’d entrails throw.—
Toad, that under cold stone,
Days and nights has thirty-one;
Swelter’d venom sleeping got,
Boil thou first i’ the charmed pot!
Double, double toil and trouble;
Fire burn, and caldron bubble.

About the beginnings of Halloween or Samhain:

The celebrations for this holiday started in ancient, pre-Christian times as a Celtic ceremony for the dead. The holiday fell upon October 31, as it still does. It was called Samhain and marked the eve of the next season and new year. During this time period, November 1 was the beginning of the cold season, which was a time of hardship. …

The winter ahead promised to be cold, long and harsh. … Because of the severity of this season, and the long, dark, cold spell upon the Celts, it became affiliated with death.

The festival of Samhain became a time that people believed the worlds of the living and the dead could become one again, with the presence of spirits. …

Costumes were adorned during these early festivities, usually those made from the skins and heads of dead animals. The Celts would try to make predictions for one another, gathered around the large bonfire, then returned home to start their own hearth fire back again. They would use a flame from the Samhain bonfire, believing this would help to protect themselves and their homes.

Interesting that these days so many Halloween observers gather round “bonfires” in fire pits from their local hardware store. (The more things change, the more they stay the same.)

Let’s hope all the children can find a little joy and have some fun this weekend! 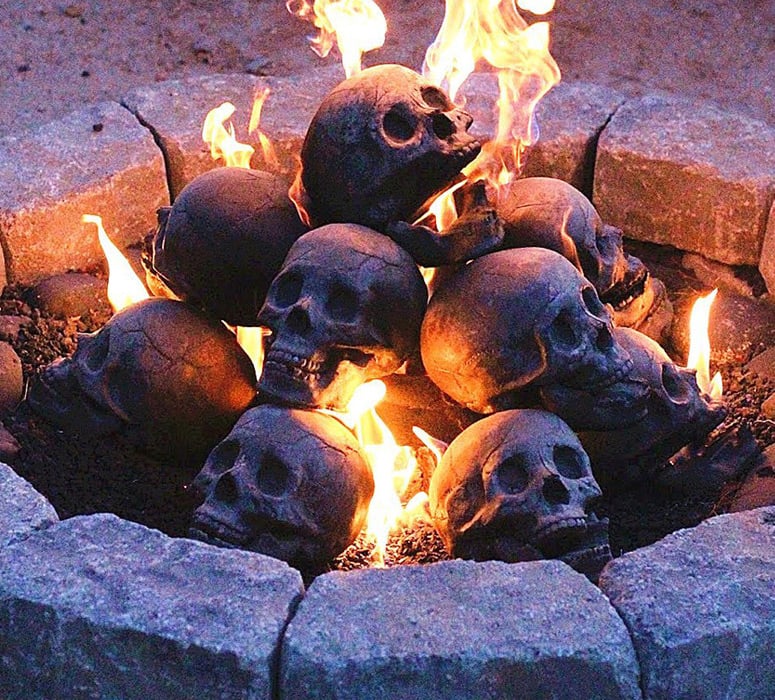 This entry was posted in Holidays, Open Threads and tagged Halloween 2020, open thread. Bookmark the permalink.