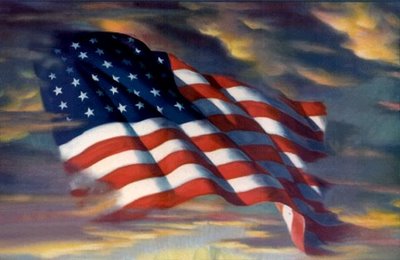 Today is Flag Day.  Are you flying your flag?

In 1885, Bernard J. Cigrand, a 19-year old Waubeka, Wisconsin teacher, proposed the idea of Flag Day “to inspire not only his students but also all Americans in the real meaning and majesty of our flag.”

Today, June 14 is flag day. It is a day set aside to honor our national standard and what it represents. The many millions who have fought under the stars and stripes need not be reminded of why it’s important to honor the flag. And for the rest of us, there is that longing that the flag fulfills: it allows us to belong to something greater than ourselves.

We the People know that our flag represents freedom.  Today, when our freedom, our history, and especially our shared traditions are under attack,  it is more important than ever to honor that which binds us together, One Nation, under God, indivisible, with liberty and justice for all.

President Trump has declared that this week is set aside to honor our flag, the flag of the People and the Republic of the United States of America. The President wrote,

On Flag Day and throughout National Flag Week, we pay tribute to the American flag, the most recognizable symbol of the principles for which our Republic stands.  For more than 200 years, the Stars and Stripes has represented liberty, justice, and the rule of law.  …

The American flag represents the unity of our country and its people.  No matter what may divide us, Old Glory should be revered and cherished, as a symbol of all that makes America the greatest country in the world.  As we honor our beautiful flag on this day and throughout this week, let us vow never to forget the tremendous sacrifices made by patriots from generation to generation to ensure that the red, white, and blue continues to fly high and free.  Today, and every day, I am proud to join my fellow Americans in standing tall and saluting our great American flag. …

I encourage the people of the United States to observe with pride and all due ceremony those days from Flag Day through Independence Day, set aside by the Congress (89 Stat. 211), as a time to honor America, to celebrate our heritage in public gatherings and activities, and to publicly recite the Pledge of Allegiance to the Flag of the United States of America.

IN WITNESS WHEREOF, I have hereunto set my hand this twelfth day of June, in the year of our Lord two thousand twenty, and of the Independence of the United States of America the two hundred and forty-fourth.

May God bless our President and may God watch over our Republic in our time of need.