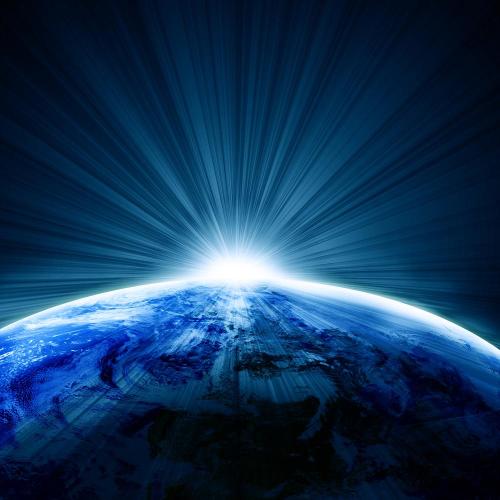 But Mary stood at the sepulchre without, weeping. Now as she was weeping, she stooped down, and looked into the sepulchre.  And she saw two angels in white, sitting, one at the head, and one at the feet, where the body of Jesus had been laid. They say to her: Woman, why weepest thou? She saith to them: Because they have taken away my Lord; and I know not where they have laid him. When she had thus said, she turned herself back, and saw Jesus standing; and she knew not that it was Jesus.  Jesus saith to her: Woman, why weepest thou? whom seekest thou? She, thinking it was the gardener, saith to him: Sir, if thou hast taken him hence, tell me where thou hast laid him, and I will take him away.

Jesus saith to her: Mary. She turning, saith to him: Rabboni (which is to say, Master).  Jesus saith to her: Do not touch me, for I am not yet ascended to my Father. But go to my brethren, and say to them: I ascend to my Father and to your Father, to my God and your God. Mary Magdalen cometh, and telleth the disciples: I have seen the Lord, and these things he said to me.

He is risen. We are redeemed.

Let not your heart be troubled; neither let it be afraid.

This entry was posted in Holidays, Open Threads and tagged Easter 2020, open thread. Bookmark the permalink.