Today is the 18th anniversary of one of the most horrific events in our nation’s history. On September 11, 2001, we were attacked without warning by foreign Islamist terrorists who succeeded in murdering nearly 3000 human beings, injuring another 6000, destroying buildings and infrastructure worth billions of dollars, and leaving a lasting legacy of sickness and yet more death among the families of the murdered as well as among those who bravely responded to the attack.

In so doing, the terrorists succeeded beyond their wildest dreams because our nation was changed that day in ways many would never have foreseen. 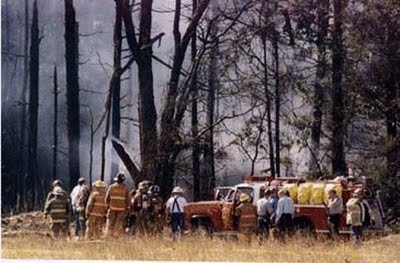 Today we have lost not only our personal sense of safety and security within our borders, but also civil liberties. Our constitutional rights have been infringed upon, thanks to repercussions from The Patriot Act and The Foreign Intelligence Surveillance Act (FISA), as well as from the creation of the Transportation Security Administration (TSA) and the Department of Homeland Security (DHS).

The National Security Administration (NSA) has engaged in warrantless wiretapping and data mining. Their surveillance capabilities were abused by the Obama administration, apparently for political reasons, according to a FISA court judge. Investigations into that unprecedented politicization of the powers of the intelligence community are ongoing. Nobody yet knows the scope of that atrocity.

Time will tell if the Department of Justice will “drain the swamp” and expose to We the People how our own government–our supposed “public servants”, using an “insurance policy”–tried to implement a “soft coup” to undermine the administration of our duly elected president. This is one very dangerous and egregious legacy of 9/11/01: The undermining of our democratic Republic, where the will of the People is supposed to be the supreme law.

After 9/11/01, powers were bestowed that ought never to have been bestowed, especially without scrupulous oversight by multiple authorities, particularly including the representatives of We the People in a truly bipartisan and comprehensive manner.

On this anniversary of 9/11/01, pray for the families of the murdered. Pray for the repose of the souls of all the deceased, including first responders who succumbed to illnesses resulting from heroic efforts to help victims. Above all,

Pray for our Republic.