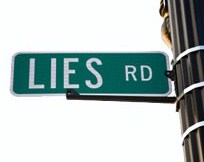 The far left and their minions in academia and the media love to play with and distort statistics. Given the recent spate of “mass shootings” across the nation, it behooves us to examine what critieria were used for the lastest claim–that there have been more than 250 “mass shootings” so far this year. An astounding figure!

This alarming statistic, 250+ mass shootings, originated at this site. Their figure was cited in various national mainstream media reports.

Based on a perusal of the incidents, the group seems to count any single incident in which at least 4 people are shot, but not necessarily killed, excluding the shooter.

This differs from groups that count any single incident in which 4 or more people (not including the perpetrator) are killed.

Congress counts shootings in which 3 or more are killed.

Other organizations count incidents where 5 or more are killed. And on it goes. Suffice it to say, the definition varies.

Therein lies the rub. When various groups use different standards to define “mass shootings,” then it becomes quite easy to manipulate public opinion (and scare and horrify the public) by suddenly inflating the count.  Thus, the alarming statistic that more than 250 mass shootings have occurred in 2019 so far.

The far left and their minions push the narrative that young white males are responsible for mass shootings, the vast majority of them being motivated by white supremacist ideology.

The far left and their minions also push the narrative that white supremacists are domestic terrorists who should be pursued as avidly by law enforcement, using the same tools, as are terrorists motivated by Islamist jihadist ideology.

So it serves their purpose nicely after three “mass shootings” occur in a short time to repeatedly report the distorted 250+ mass shootings statistic, to create panic and urgency so the knee-jerk Congress will pass longed-for gun control legislation.

The far left and their minions didn’t, however, count on an enterprising researcher to do what the mainstream media ought to do: prove or debunk the pervasive claim that “most” mass shootings are perpetrated by young white males motivated by white supremacist ideology.

Read about the research here and see the results in a brilliant nutshell here.

As the old saw goes, a picture is worth a thousand words. Those are the faces of 98 individuals who were arrested or charged for mass shooting incidents this year. (Many incidents have not yet resulted in arrests; in other words, the cases aren’t solved.)

Note: After criticism, the person who compiled the collage is currently modifying it to show only people charged with the crimes, and so will exclude those arrested but not (yet) charged.

As the article explains, the research

shows the problem isn’t confined to white men or motivations of white supremacy.

If there’s a thread, it’s young men whose biological father was missing in their lives. After the Parkland school massacre in Florida, the Heritage Foundation cited a study showing that among the 25 most-cited school shooters since Columbine, 75 percent were reared in broken homes.

The far left and their minions, however, have one goal and only one goal: gun control, if not total gun confiscation. They’re not interested in looking for root causes. They’re not interested in researching the role that broken homes, single-parent homes, psychotropic drugs, mental illness, bullying, social media addiction, violent video games, pervasive depression and low self-esteem among the young, among other factors, play in motivating mass shooters.

The far left and their minions begin with the preferred solution (gun control, hopefully confiscation) and work backwards, changing facts, distorting words and definitions, and twisting statistics to suit their single-minded purpose.

In this upcoming election year, Americans have their work cut out for them to see through and cut through the lies and deceit, the manipulation, coming our way from the far left and their minions in the media (including social media) and in academia.

THINK for yourself. RESEARCH for yourself. Above all, don’t believe every talking point repeated ad nauseum in the mainstream media.

The more you hear something repeated, the more important it becomes for you to research what lies behind the claims.

The future of our freedom, our laws, our Constitution, our Republic depends upon an informed populace. This may be, probably will be, the most important election in our lifetimes.

We are at a crossroads in our country.

127 responses to “Damned Lies and Statistics”