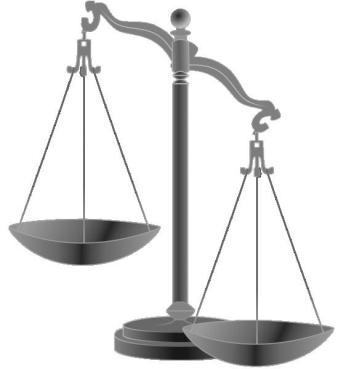 Do you remember Wanda Sykes, the alleged comedian, who during a performance in 2016 called then-President-elect Trump “racist, sexist” and “homophobic?” When audience members booed her “jokes” about the future President, she attacked them saying,

Nice. For emphasis, she also gave the audience the middle finger.

I couldn’t believe that we elected an orangutan to front the country.

A short piece about Sykes appeared recently in The Week, a news magazine. The article talks about Sykes’s two marriages, first to a man and next to a woman. Her white wife (Sykes is black) gave birth to twins about six months after their marriage. Neither the news magazine nor Wikipedia reports who the father is; nevertheless, Sykes considers herself to be a “mother” to the twins and also considers her own parents to be the children’s grandparents.

These family relationships and feelings provide important context for the following quote from Sykes, spoken in a 2015 live appearance in Michigan. Referring to her own children, Sykes joked:

There is nothing creepier than waking up and seeing two little white kids standing at the foot of your bed.

Imagine a comedian of any color saying, “There is nothing creepier than waking up and seeing two little black kids standing at the foot of your bed.”

So far as can be determined, using the now very biased search engines, Sykes has never apologized for that appallingly racist “joke” that she made at the expense of her own children.

Asked if she teaches her children about privilege, Sykes replied,

Hopefully they won’t get a taste of white privilege. I’m putting a stop to that. When we go in the store, I tell them, ‘Don’t ask me for [expletive].’

Where is her children’s “safe space?” Or is it now taboo, somehow inappropriate, perhaps even racist, to concern oneself about the emotional safety or self-esteem of white children?

In an interview with the New York Times, Sykes was reminded of another “joke” she referenced in her 2004 book, “Yeah, I said it.”

Sykes told the interviewer that she would never speak about mentally challenged children in the same way now:

Yeah, I was guilty. I’m good friends with a lot of teachers, and just about all of them work with special-needs kids. I was hanging out with them, and I said “retarded,” and they were like, “Wanda, don’t use that word.” I’ve never used it since. But I’m not going to argue and go, “I don’t know why I can’t use that word!” No. When you know better, you do better.

To her credit, at least Sykes has repented for using the word retarded when joking about children with special needs. Has she apologized about the racial “jokes” she’s made about white people, including her own children?

Here’s the thing. You could be a good person and a racist and not even know it.

Sykes currently appears in the ABC television series Black-ish; provided voices for two recent animated movies, Ice Age: Collision Course (2016) and UglyDolls (2019); and starred this year in a Netflix special, Wanda Sykes: Not Normal. So it appears that her apparently bigoted, insensitive “jokes” have not impacted her career whatsoever. Nor has any social media or mainstream media pile-on occurred, demanding apologies from Sykes.

Keep all of the above in mind as you consider the case of another female comedian, Roseanne Barr, who is a member of a cultural as well as a religious minority group.

Last year Barr was featured in the ABC television series Roseanne, until she got caught up in a controversy over an allegedly racist tweet. From Wikipedia:

On May 29, 2018, Barr responded to a thread on Twitter about Valerie Jarrett, a senior advisor to former President Obama.  It read

‘muslim brotherhood & planet of the apes had a baby=vj’ …

The tweet was widely criticized as being racist about Jarrett (“vj”).

Barr was initially defensive, but later posted an apology “for making a bad joke about [Jarrett’s] politics and her looks.” She disputed allegations of racism, saying she believed Jarrett was Saudi (or white). …

Later that day, ABC canceled Roseanne and removed the show’s content from the network website. The cancellation announcement from ABC president Channing Dungey, the first African-American woman to head the network, called Barr’s remark “abhorrent, repugnant and inconsistent with our values.”

The racism charge derives from Barr’s reference to the movie Planet of the Apes.

Despite Barr’s explanation that she was referring to the oppressive political system of a fictional planet (as well as, it seems, alluding to the “liberal allegory of racial conflict” contained therein), too many preferred to believe the worst about Barr–that she was implying that Jarrett (and by extension other blacks) resemble apes.

Given that Barr said that she didn’t even know that Jarrett is not white, one would have to believe otherwise to think that Barr was using an old, very crude racial slur against Jarrett.

Barr could be forgiven for not knowing that Valerie Jarrett identifies as black. See Jarrett’s photo here. Besides her obviously light skin, Jarrett was, in fact, born in Iran, where she lived until age five and where she spoke Persian. Her family then moved to London.  So Barr was correct about the fact that Jarrett was born in the Middle East; she just got the country wrong: It was Iran, not Saudi Arabia.

When Jarret finally came to the United States, by her own description, she said:

I was 5 going on 6 and light skin, freckle-faced in a predominantly black school, public school, in Chicago in our neighborhood. And I had a British accent, and I was from a country nobody had ever heard of.

In fact, Jarrett is more white than black, 49% white according to a DNA analysis by the TV show Finding Your Roots, as hosted by Louis Gates. Not only that, Jarrett, like Roseanne Barr, has Jewish ancestry. Barr’s reference to the Muslim Brotherhood is explained here, here, and here. Suffice it to say that during the Obama administration, both Obama and Jarrett were cozy with and very welcoming to people associated closely with that radical group, all adding credibility to Barr’s claim that her tweet was political and not racist towards Jarrett.

Nevertheless, after presenting her explanations, Barr apologized publicly and profusely to Valerie Jarrett.

As noted above, however, Barr’s television series was canceled the very same day as her tweet! It didn’t take long for the shunning and shaming of Barr to happen. Her career is now moribund. She has not been forgiven, despite her immediate apologies.

Ironically, Roseanne Barr was instrumental in helping Wanda Sykes to revive the show Last Comic Standing. Barr wanted to help young comics, female comics, and comics of color. Sykes actually worked on the Roseanne show when the Jarrett controversy occurred–the very series that got canceled at the speed of a Tweet.

What was Sykes instrumental in doing for Barr? Why, she “led the charge” to get Barr’s show canceled!

“I was like, ‘Guys, I can’t be a part of this,’” she said. “I didn’t hear anything right away. They were probably busy trying to figure out what they were going to do. So then I said: “I’ve got to get ahead of this. I can’t just be silent.” That’s why I said I wouldn’t be going back” to the show on Twitter.

This is the sad tale of two comedians. One woman made racist jokes about white children, actually did compare the white President to an orangutan, and made insensitive jokes about mentally challenged children, and yet her career thrives with nary a complaint nor a demand for apology. (Keep in mind that comedy routines are well thought out and deliberate.)

The other comedian made a political comment on Twitter, a spur-of-the-moment, middle-of-the-night comment for which she later profusely apologized, despite the fact that her comment was misunderstood and that she did not mean what others falsely assumed she meant. Now, despite contrition for a thought crime that she didn’t commit, her career is basically over. Will Roseanne ever be forgiven? What exactly will it take?

Why the difference? Where’s the justice?

218 responses to “Tale of Two Comedians”