A Nit to Pick 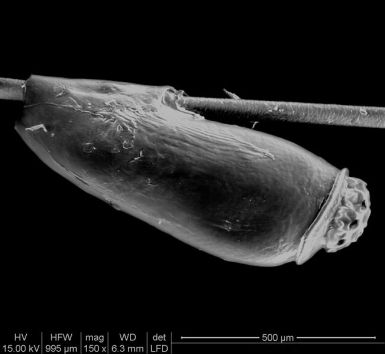 Begging forgiveness for the above photo (which shows the nit of a human head louse), nevertheless I have a nit that I’m going to pick.

A story in the UK news reports the suicide of a former member of the previous U.S. administration.

Barack Obama’s office released a statement on the death of Alan Krueger. (May he rest in peace and condolences to his friends and family.)

Here’s the beginning of the statement:

THE OFFICE OF BARACK OBAMA

Statement from President Barack Obama on the Passing of Alan Krueger

Go to the link to read his statement, if you’re so inclined.

The nit I wish to pick concerns the use of the title President in conjunction with Obama’s name.

It is always incorrect for a former president to use the title of President.

There is one and only one President of the United States, and that is President Donald J. Trump.

When a president leaves office, he leaves the title behind, because there’s only one president at a time. When someone says, “the president,” they mean the one and only president, which at the moment is President Trump.

The author of  Honor & Respect: The Official Guide to Names, Titles, and Forms of Address, Robert Hickey, states:

Is a Former President
Addressed as President (name)? …

Here’s what is the correct formula as it appears in my book …:

Former President of the United States …

Here’s the WHY behind the correct form. This is the traditional approach for any office of which there is only one office-holder at a time. So, with officials such as mayors, governors or presidents … only the current office holder is addressed as Mr. Mayor, Governor, or Mr. President … formers are not addressed that way.

That’s not to say some reporter might not call a former mayor Mayor Smith or a former president President (Surname). But doing so is incorrect and confusing to the public.

To explain the correct form I would say “using the title of a former position is flattering to the former official and he or she may not correct you, but is not respectful to the current office holder.  There’s only one [president] at a time.”
— Robert Hickey

Needless to say, it’s doubly incorrect and disrespectful for the former office holder to continue to use the title of an office that he no longer holds.

Of course, it’s not surprising that Obama would still use the title of President, especially because it is “not respectful to the current office holder,” President Trump.

President Trump gets no respect, and never has, from Obama and his followers, including the media, which is why they incorrectly and disrespectfully continue to accord to Obama a title that belongs only to Donald J. Trump.

Why do they disrespect our president? Because Trump is the choice of the “deplorables.”

We get no respect, either.