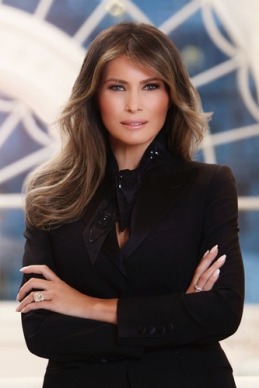 This is how it’s done:

The newspaper said Saturday it apologizes “unreservedly” to Mrs. Trump and her family for any embarrassment caused by the content of a cover story published Jan. 19 in the newspaper’s weekly magazine supplement.

“As a mark of our regret we have agreed to pay Mrs. Trump substantial damages as well as her legal costs,” The Telegraph said. The newspaper did not disclose the size of the settlement with Mrs. Trump.

This is the First Lady’s second win over “fake news,” albeit in the UK, where libel and defamation laws are stricter than they are here in the U.S., where “public figures” have a much higher bar to leap.  In a previous case, Mrs. Trump

received damages and an apology from the Daily Mail in 2017 after bringing a libel action against the popular tabloid.

The First Lady also chalked up a win on this side of the Pond, when she

settled her defamation lawsuit against a blogger in Maryland who wrote on claims that she once worked as an escort.

A spokesman for the first lady’s attorney, Charles Harder, said that the lawsuit was settled for a “substantial sum.”

How many “false statements” were printed in the latest, now memory-holed, story? (If anyone has a link to an archived version of the disappeared story, we’d love to read it.)

A quick count shows that The Telegraph apologized for at least 10 completely false statements about our First Lady. Ten!

What sort of journalistic integrity do they practice? Upon what source did they base their “facts?”

One article about the fiasco states that the source of the “false statements” was a Nina Burleigh:

Kudos to our lovely First Lady for having the guts to take on these “false statements.” Let’s hope that her success gives courage to the falsely maligned students from Covington Catholic High School.

Lies and slander on social media and in the “news” will not cease until it becomes more costly for those making the “false statements” to pay reparations for indulging their biases (or for making “mistakes”) than it is for them to glory in the adulation of fellow partisans.

The Catholic students, private citizens, have hired a powerful team of lawyers to take on the “hundreds of celebrities and journalists who defamed” them.

Good luck to them, and way to go, Mrs. Trump.

155 responses to “Dealing with “False Statements””