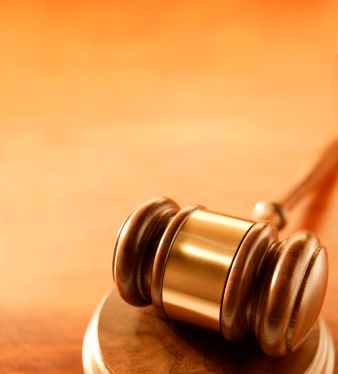 The inimitable James O’Keefe has chalked up a major win for transparency, truth, justice, and, of course, the American Way.

In a ruling that will probably reverberate all throughout the nation, a U.S. district court judge in Massachusetts has ruled that “government officials  engaged in their duties in public spaces” can be secretly recorded. The judge ruled unconstitutional a Massachusetts law that forbade the secret recording of public officials, including police officers, while they were performing their duties in a public space.

In Glik, the First Circuit recognized the First Amendment’s protection for information-gathering has special force with respect to law enforcement officials who are granted so much discretion in depriving individuals of their liberties. … But the same basic interest applies generally to government officials:

Ensuring the public’s right to gather information about their officials not only aids in the uncovering of abuses, but also may have a salutary effect on the functioning of government more generally.”  …

Based on this case law, the Court holds that the First Amendment protects both audio and video recording. Because “the public’s right of access to information is coextensive with that of the press,” this right inures to individual citizens and journalists alike.

The court ruled that such audio and video recording can be performed secretly:

Consistent with the language of Glik, the Court holds that Section 99 may not constitutionally prohibit the secret audio recording of government officials, including law enforcement officials, performing their duties in public spaces, subject to reasonable time, manner, and place restrictions.

You may wonder, as did I, about the precise definitions of public spaces and government officials. The judge indicated these terms are more expansive than some may believe:

While Glik’s use of the term “public space” seems to indicate something broader than “public forum,” and its use of the term “government official” includes a broader scope of public official than “law enforcement officer,” the Court leaves it to subsequent cases to define these terms on a better record.

Even so, the judge ruled that government official includes government employees like police officers, not just elected or appointed members of the bureaucracy. The judge also discussed how public spaces may include private property that is, nevertheless, generally open to the public.

Very important takeaway: The judge clearly affirmed the First Amendment right of any citizen to engage in information gathering. In other words, at least this court has ruled that one does not have to be a “journalist” or an employee of a sanctioned mainstream media organization to have such First Amendment rights under the Constitution. We are all citizen journalists!

Which leads to another question:  Are public school classrooms public spaces, for the purpose of this ruling? Are public school teachers government officials? It would seem so, particularly since the judge mentions, in so many words, the right of the People to know what their government is doing, to gather information to prevent abuses by government, and to preserve individual rights whenever a government official is in a position to infringe upon someone else’s rights (like a captive audience of students).

Too often we’ve heard from students who have secretly recorded teachers engaging in abusive behavior, expounding partisan political propaganda, or infringing upon students’ rights of free speech, association, or religion.

We can only hope that public schools will now recognize this important ruling and adjust policies accordingly.

Students should have a recognized right to record publicly-paid teachers in the performance of their duties, so that students, the public, and parents can know what’s going on in our public schools.

173 responses to “A Major Win for First Amendment Rights”