There was a time when you could find an intellectually honest liberal without looking too far, but that’s becoming hard to do these days. Nowadays, most liberals are quite deliberately intellectually dishonest. However, we know of one self-proclaimed liberal who is intellectually honest: Alan Dershowitz. One can only imagine the grief he must take from his cohorts when he stands up and tells the truth about mainstream media and Democrat narratives about “Russian collusion.”

Alan Dershowitz said it was “foolish” for special counsel in the Russia investigation, Robert Mueller, not to seek a warrant for the emails obtained by the Trump transition team.

“Why not seek the warrant?” Dershowitz asked … “Getting warrants is like getting candy at Christmas. It’s very easy to get. And not getting the warrant gives the defense an opportunity to challenge it in court.” …

Dershowitz hammered Mueller for not being more careful about which investigators he hired and not immediately disclosing the removal of FBI counterintelligence agent Peter Strzok from the Russia probe over his anti-Trump bias.

One could posit any number of scenarios concerning why Mueller didn’t get a warrant, especially if you consider the usual M.O. of Deep State denizens and most people associated with the Obama administration.  To wit:

“Damn the Constitution and the law. Act first, dare anyone to object, let them take you to court, but in the meantime, you have what you want.”

The Mueller team wanted the emails, not a fight, which they would have had, at the very least, if they tried to get a warrant.

It may very well be that a warrant would have been denied (like the first FISA warrant to spy on Trump’s campaign), so the Mueller team did an end run around a Trump administration official, no sooner than he went into the hospital, and persuaded career (liberal?) people at the GSA to simply hand over private Trump transition team emails without a warrant!

Typical sleazy behavior for their ilk.

Best case scenario for Mueller: He didn’t know what was being done until it was done, which may explain the secrecy about what was done.

Bottom line:  they got to read the emails and use anything found therein to continue the witch hunt.

Do they care if cases are tossed because evidence may have been illegally obtained or is now tainted? Probably not.

What’s their goal, after all? It’s not criminal conviction. It’s political: impeachment, not conviction.

In homage to the holiday spirit, let’s raise a toast to Professor Dershowitz, who may be the last intellectually honest liberal in the country. 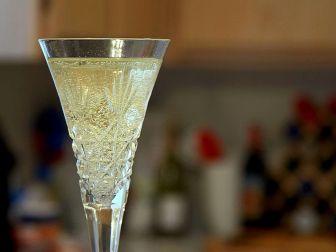