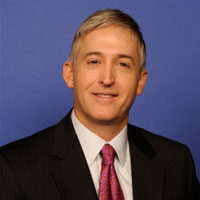 I just want to start a new thread about the seriously emergent soft coup
against Donald Trump that was launched in full ugliness yesterday.

My first question:
Why can’t Donald Trump either fire James Comey or if he is protected by
some public servant type of contract, install a reputable head over top
of him, re-assigning Comey to some secretarial position?

My suggestion would be Trey Gowdy – he was awesome again last night. I am not going to watch minute by agonizing minute any of these inquiries. I just watched about 15 minutes of Mr. Gowdy taking Comey apart logical question by logical question, and I say he’s the man to lead the FBI and also be a special prosecutor if Congress demands one.

Would firing Comey bring the whirlwind? Sure as what the bear does in the woods!

It’s time to bring on the whirlwind, not the drip by drip Plan B that has been planned since way before Hillary was defeated in the election.

My second question:
If you thought a seasoned spy was spying on you, and you decided to confront him with the question, “Are You Spying on Me?”, and the seasoned spy said “no”, would that be the end of the matter? It is childish.

Hey girlfriend, “are you cheating on me?” She says no and you think thankfully all is well and a thousand country and western songs were launched over this one, one of my favorites “My cracked lips make me miss you more”!

So why would anyone show humility in the face of a Comey answer? There is no good reason to do that.