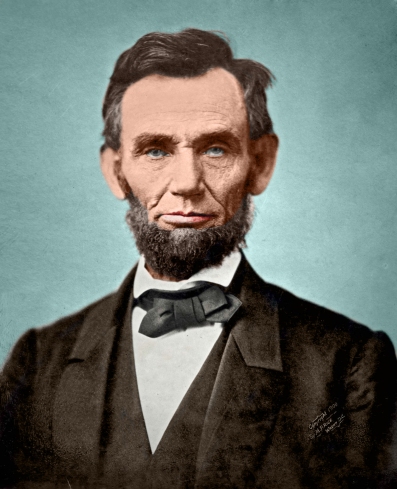 As we all know, no longer is this day honored in the many states with a declared holiday. Lesser men have decided to combine Honest Abe’s birthday celebration with the commemoration of George Washington’s birthday. They have renamed it and re-purposed it as President’s Day, which is this coming Monday.

Honest Abe was the very first (and let us fiercely hope not the last) Republican president.

Abraham Lincoln is regarded as one of America’s greatest heroes due to both his incredible impact on the nation and his unique appeal. His is a remarkable story of the rise from humble beginnings to achieve the highest office in the land; then, a sudden and tragic death at a time when his country needed him most to complete the great task remaining before the nation. Lincoln’s distinctively human and humane personality and historical role as savior of the Union and emancipator of the slaves creates a legacy that endures. His eloquence of democracy and his insistence that the Union was worth saving embody the ideals of self-government that all nations strive to achieve.

This would be a good place to repeat sentiments that one of our regular commenters recently posted:

The Republicans are Racist & the Democrats are saints ???

Today we’re going to give our first illustrious Republican president his due: