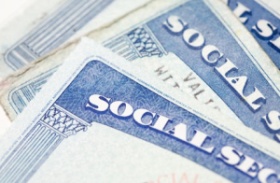 I couldn’t and wouldn’t watch Barack Obama’s town hall about his recent executive actions concerning guns. (Note: They are actions, not executive orders. To date, there’s no officially published executive ORDER on this topic at the White House website.)

In the course of the town hall, did anyone mention the Obama policy to  encourage the Social Security Administration to rat out beneficiaries who have others handling their financial affairs, for any reason? I’ll bet not.

I’ve yet to see any reporting about this proposal in my local newspaper or on the local TV news. By design? Probably so, because liberals know in their guts how incendiary the issue would be, if widely known, and they also know that Obama’s minions prefer to do their dirty work in secret, behind closed doors, no public input required or desired.

Nevertheless, I found an article on the subject at a mainstream media outlet, although it was labeled as opinion, not news. An excerpt: [emphasis added]

The most legally problematic part of the White House statement involves persons who are, in the terms of Gun Control Act, “adjudicated as a mental defective.” 18 U.S. Code sect. 922(g)(4). Under the Social Security Act, a beneficiary can designate a personal representative  to manage payments and interactions with the Social Security bureaucracy; for example, a widow who has no experience in financial affairs might designate a family member as her representative.

Should any Social Security beneficiary who has designated a personal representative be considered “adjudicated as a mental defective”? This question was raised by an Obama administration proposal in 2015. It was resisted by a bill introduced in the U.S. Congress. Imposing a gun ban on Social Security beneficiaries who have designated a financial representative would contradict almost half a century of established interpretation of the Gun Control Act of 1968. …

The Tuesday White House “executive action” regarding Social Security was simply an announcement of a plan to promulgate a regulation according to the ordinary process. Because a new regulation has not yet been published in the Federal Register, it is impossible to say whether the White House plan is constitutional. The devil will be in the details.

Indeed, the devil is in the details and perhaps that’s why there’s not much coverage of this “suggestion” by Obama, which, as reported in the opinion piece, has already been “resisted” by Congress.

Another article illustrates why this “suggestion” raises concern not only among senior citizens but also among advocates for the disabled:

A potentially large group within Social Security are people who, in the language of federal gun laws, are unable to manage their own affairs due to “marked subnormal intelligence, or mental illness, incompetency, condition, or disease.” …

[A] strategy used by the Department of Veterans Affairs … is reporting anyone who has been declared incompetent to manage pension or disability payments and assigned a fiduciary.

The VA reports names under a category in gun control regulations known as “adjudicated as a mental defective,” terminology that derives from decades-old laws. Its only criterion is whether somebody has been appointed a fiduciary. …

[One] Yale psychiatrist said some veterans may avoid seeking help for mental health problems out of fear that they would be required to give up their guns. [As would seniors on SSA benefits!]

About 2.7 million people are now receiving disability payments from Social Security for mental health problems, a potentially higher risk category for gun ownership. An addition[al] 1.5 million have their finances handled by others for a variety of reasons [4.2 million in all]. …

Ari Ne’eman, a member of the National Council on Disability, said the independent federal agency would oppose any policy that used assignment of a representative payee as a basis to take any fundamental right from people with disabilities.

Those whose names appear on the list must fight to retain or get back their Second Amendment rights. Does this happen with any other constitutional right?

Many questions remain to be answered, and you’d think some reporter would try to nail the answers down with Obama, considering this “constitutional scholar” is messing with people’s fundamental rights.

Should/will anyone with a “mental health problem” be reported to the background check system [NICS] and subsequently denied Second Amendment rights?

What if the “mental health problem” consists only of something like anorexia, ADHD, or fear of flying?

Will seniors who choose to designate a fiduciary be reported to the NICS? Will their cases be considered “adjudicated” simply because the SSA system assigned a fiduciary upon their request? A reading of the controlling law seems to pose an either/or situation. The person is “a danger to himself or to others” OR “lacks the mental capacity to contract or manage his own affairs.” That’s a loophole big enough to drive a presidential limo through. Here, by the way, is a link to the actual text of Obama’s “action”.

Will the same new SSA policy be applied to those who receive SSI as opposed to Social Security benefits? At what point would a child who has received SSI based upon a mental illness diagnosis (e.g., ADHD or ODD) be placed upon the NICS list, if ever? If the “mental problem” continues into adulthood, whether or not the person’s benefits continue, shouldn’t the person’s name be reported to the NICS?

Should every veteran with PTSD be denied his or her Second Amendment rights, regardless of whether or not the person is considered potentially violent by his doctor?

If a VA doctor makes such a determination, is the veteran’s name automatically reported to the NICS?

Which groups among the entire population of the USA are most likely to oppose Obama and his progressive policies? That would be the older generations and veterans–the very people at risk of being reported to the NICS by the SSA and/or the VA.

There’s an interesting clause in the law that controls who is prohibited from owning guns:

A person who, having been a citizen of the United States, renounces his citizenship.

Someone asked Obama at the town hall if he ever owned a gun. Apparently his answer was that Hawaiians don’t hunt much, except for wild pigs.

Links to further reading on this topic, from both ends of the political spectrum:

This story leads one to wonder whether Politico mistakenly misrepresented the story or whether they (or Obama) wanted the reaction that their misrepresentation (if it was a misrepresentation) got, for purely political reasons. You know, so Obama could later on rant about “conspiracy theories” and ridicule as crazy anyone who opposes his “commons sense actions.” O, the smell of mendacity.

This story explains how amorphous the diagnoses may be that trigger a report to the NICS.  A slippery slope?

Judge Napolitano addresses the sketchy legality of Obama’s actions, in this story. His analysis allows one to infer the reasons why Obama’s “actions” are merely questionably-legal instructions to his minions instead of signed executive orders that would put Obama on record as expressly ordering his people to take actions that he well knows are illegal and/or constitutionally suspect.