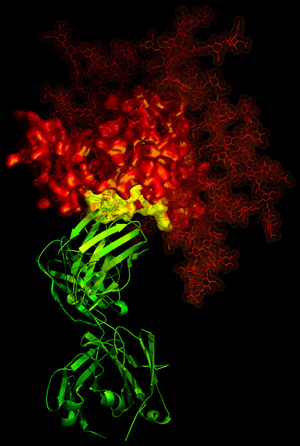 Have you heard about the drug Truvada? It was designed to treat AIDS patients, but a recent news article pointed out a much more controversial use: to prevent the transmission of HIV to men who have sex with men who carry HIV.

The drug is known as a PrEP (pre-exposure prophylaxis), which the Food and Drug Administration approved for this use 3 years ago. Using a drug to prevent a disease which is preventable by other means (abstinence or condom use) is controversial.

[T]he treatment has triggered fiery debate over medical ethics, with critics — including the nation’s largest provider of HIV-AIDS care — raising concerns that PrEP could discourage condom use, leading to more risky sexual behavior. …

Some doctors familiar with the treatment either don’t talk about it with their patients or discourage it on moral grounds that it promotes homosexuality and promiscuity. There also is a concern that by going on the drug, condom use will decline, leading to a spike in other STDs. …

[T]hanks largely to social media, PrEP is saddled with the “party drug” tag. Those who are on the treatment have been called “Truvada whores,” implying they are taking a drug only so they can continue to have risky sex. …

All I can say is: no wonder health insurance is so expensive, and getting more expensive by the day.

Abstinence works 100% of the time, and condoms are “highly effective” in preventing HIV transmission.

Who would deny this particular PrEP for a person who is married to or at least in a long-term, monogamous relationship with a person with HIV?

Even so, adequate treatment for the infected person would seem to make the use of a prophylactic drug by the sex partner unnecessary,  because AIDS treatment lowers the numbers of the virus to undetectable levels in the bloodstream. Therefore, in combination with cheap (or free) condoms, it would seem to be unnecessary for health insurers to pay $15,000 per year for this PrEP, especially when one considers the side effects, which include lactic acidosis and serious liver problems.  Isn’t part of a doctor’s oath to first do no harm?

When a disease can be wholly prevented by behavioral change, is it appropriate for health insurers to pay for this drug or for doctors to prescribe it in order to prevent a disease, especially when there are many people who, despite having health insurance, are unable to access the care or a drug they need to save their lives when they already have a deadly disease?

Is this health care or political correctness?

You can read more about this issue here.