Move over Huma! You can’t compete with Kim’s super releaser. 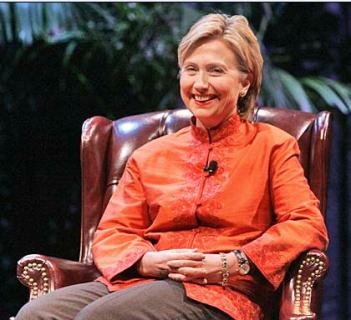 Subliminally, does she envision something orange-ish in her near future?

The FBI investigation into former Secretary of State Hillary Rodham Clinton’s unsecured email account is not just a fact-finding venture — it’s a criminal probe, sources told The Post on Wednesday. The feds are investigating to what extent Clinton relied on her home server and other private devices to send and store classified documents, according to a federal source with knowledge of the inquiry. “It’s definitely a criminal probe,” said the source. “I’m not sure why they’re not calling it a criminal probe. “The DOJ [Department of Justice] and FBI can conduct civil investigations in very limited circumstances,” but that’s not what this is, the source stressed. “In this case, a security violation would lead to criminal charges. Maybe DOJ is trying to protect her campaign.”

Well, “orange IS the new black,” although pantsuits, not jumpsuits, are her preferred style. Sooner rather than later, we may see this: 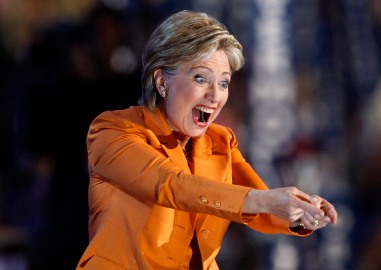 Inspired by Fellowship of the Minds.

162 responses to “Princess Hillary of Orange?”