Obama Makes a Deal, or Not. 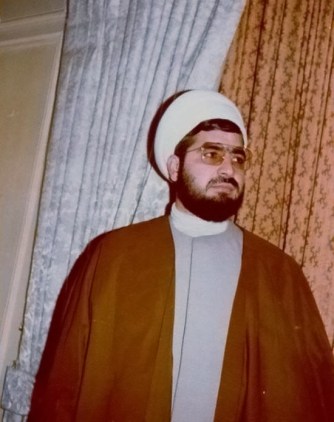 Today, Barack Hussein Obama II is taking a victory lap and daring the representatives of We the People to try to undo his “deal” with the president of Iran.  There’s the Iranian president, Hassan Rouhani, above. Obama will make a deal with Rouhani, even if it gives him everything he wanted, including access to billions of dollars and (probably, eventually) nuclear weapons.

his nation started talks with the world powers in a bid to remove all sanctions while maintaining its nuclear program and nuclear progress as two main goals.

All sanctions, including the financial, banking, energy, insurance, transportation, precious metals and even arms and proliferation sanctions will be, not suspended, but terminated according to the Tuesday agreement as soon as the deal comes into force, he said, adding that Iran will only be placed under certain limited arms deal restrictions for five years.

Meantime, Iran will inject gas into its highly advanced IR8 centrifuge machines, continue its nuclear research and development, and keep its Arak Heavy Water Facility and Fordo and Natanz enrichment plants under the agreement, he said, elaborating on Iran’s gains.

Another goal, Rouhani said, was taking Iran off Chapter Seven of the UN Charter, “and we did it”. …

Additionally, tens of billions of dollars in Iranian revenue frozen in foreign banks will be unblocked.

A total of 800 natural persons and legal entities, including the Central Bank of Iran (CBI), the Islamic Republic of Iran Shipping Lines and the National Iranian Oil Company (NIOC), will be taken off sanctions lists.

Also today, Barack Hussein Obama II would NOT make a deal with the followers of another religious figure:

Saint Jeanne Jugan, founder of the Little Sisters of the Poor.  The Little Sisters of the Poor, as can be imagined, oppose abortion and therefore do not want to be complicit in it in any way.  They didn’t not want to be forced by the Obama administration to take part in Obamacare’s contraception mandate, which included distributing “abortion pills”, and so they sued.

The government, however, was having none of it. Today, the court ruled against the sisters, which means that they may have to leave the country, which, of course, might have been Obama’s plan all along.

In a surprising decision, a federal appeals court has determined that a Catholic religious order, the Little Sisters of the Poor, must comply with Obamacare’s abortion mandate. The mandate compels religious groups to pay for birth control and drugs that may cause abortions.

Without relief, the Little Sisters face millions of dollars in IRS fines because they cannot comply with the government’s mandate that they give their employees free access to contraception, sterilization, and abortion-inducing drugs.

Previously, the U.S. Supreme Court temporarily protected the Little Sisters from the mandate. …

Last year, the Supreme Court ruled that the Christian-run Hobby Lobby doesn’t have to obey the HHS mandate that is a part of Obamacare that requires businesses to pay for abortion causing drugs in their employee health care plans.

But who cares about religious freedom or what We the People want? Not Obama.

The Sisters will probably appeal to the Supreme Court, but in the meantime …

How dare these women oppose Obamacare? How dare they believe that their Christian faith and the First Amendment of the Constitution trump the “rules” in Obama’s health care law?

Let’s make a deal with Muslim Iran but never with Christians of conscience.

Which brings us to this video, making the rounds today. Somehow, it seems connected to all of the above.

Planned Parenthood (who would ever have guessed?) apparently interprets federal law in a Clintonesque way in order to admittedly harvest body parts from the “products of abortion” and sell them.

Trigger warning: This video may be disturbing in so may ways.

Obama, of course, opposed and voted against the Born Alive Infants Protection Act when he was in the Illinois Senate. That bill would have ensured that babies born alive in Illinois after an intended abortion would receive medical care and otherwise be treated as the human beings they are.

Obama opposed the bill because, in his view, it interfered with the mother’s choice that the baby become dead.

Planned Parenthood is a major supporter of Obama and they, in return, receive much from his administration.