Words of Wisdom About Our Beloved Republic 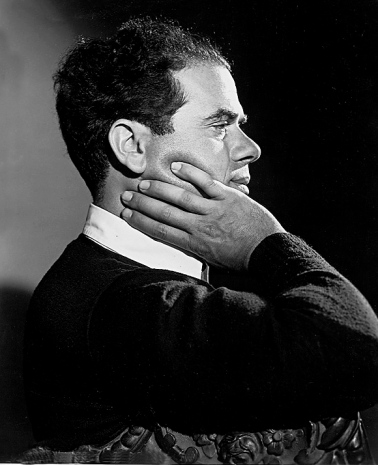 In a recent issue of Imprimis, Professor John Marini of the University of Nevada, Reno, wrote about filmmaker Frank Capra and “his” America. Marini’s article provides us with some pertinent words of wisdom:

. . . when they [U.S. citizens of 1858] look through the old Declaration of Independence they find that those old men [our Founding Fathers] say that “We hold these truths to be self-evident, that all men are created equal,” and then they feel that that moral sentiment taught in that day evidences their relation to those men, that it is the father of all moral principles in them, and that they have a right to claim it as though they were blood of the blood, and flesh of the flesh of the men who wrote that Declaration, and so they are. That is the electric cord in that Declaration that links the hearts of patriotic and liberty-loving men together, that will link those patriotic hearts as long as the love of freedom exists in the minds of men throughout the world.    Abraham Lincoln

. . . boys forget what their country means by just reading “the land of the free” in history books. Then they get to be men, they forget even more. Liberty is too precious a thing to be buried in books. . . . Men should hold it up in front of them every single day . . . and say, “I’m free to think and to speak. My ancestors couldn’t. I can. And my children will.”

Of course, Capra was a man of his time. Ideally, he should have written “boys and girls” and “men and women.” Females are as invested as males in seeing the blessings of liberty--the freedom to think and to speak as they wish–secured for their children.

About his movie It’s a Wonderful Life, Frank Capra said,

There are just two things that are important. One is to strengthen the individual’s belief in himself, and the other, even more important right now, is to combat a modern trend toward atheism.

Amen to that. Capra said that in 1946! How much further have we slouched towards Gomorrah since then?

What a testament to the man that It’s a Wonderful Life remains popular to this day, despite its religious themes, complete with the guardian angel Clarence. Hollywood could use more filmmakers like Frank Capra. One has to wonder what he would think of the trash that comes out of that town today.

Here are the words that Frank Capra’s father spoke to him when they arrived in New York City, after leaving Italy for a new life in the USA. Referring to the Statue of Liberty’s glowing torch, Capra’s father said:

Look at that! That’s the greatest light since the star of Bethlehem! That’s the light of freedom! Remember that. Freedom.

That brings tears to my eyes. What a wise man his father must have been.

Finally, in his most excellent article, which I would encourage everyone to read in full, Professor Marini quotes Ronald Reagan, from the writing on Reagan’s very tombstone:

I know in my heart that man is good. That what is right will always eventually triumph. And there is purpose and worth to each and every life.

In these troubled times, let us take heart from Reagan’s inspiring words:

162 responses to “Words of Wisdom About Our Beloved Republic”