Of Smidgens and Stool Pigeons 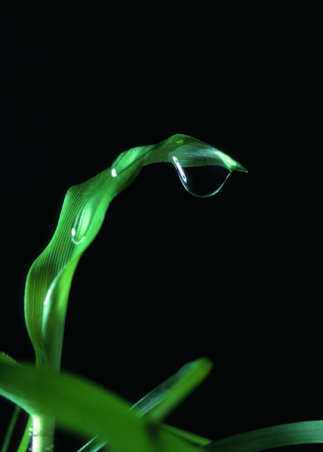 Barack Obama on the IRS targeting of conservative and Tea Party groups for partisan political gain:

There were some bone-headed decisions. …

Not even mass corruption — not even a smidgen of corruption. [emphasis added to quotes]

A very small quantity or amount. …

Some …  have attempted to define a smidgen for recipes. Anything between 1/25th and 1/48th of a teaspoon may be found, 1/32nd being perhaps the most commonly used. Other commonly used measures for small amounts include tad, dash, pinch, and drop. There seems to be some consensus of tad being the largest in this set and smidgen being larger than a drop but smaller than a pinch.

We all know what a drop is (see photo above). We’re told that a pinch is between 1/16 and 1/8 of a teaspoon, and a smidgen is smaller than that; but it matters not because Obama has already proclaimed that there’s “not even a smidgen” of corruption in his IRS, which means there’s virtually no corruption to be found.

There’s not even a smidgen of corruption involved with the amazing number of hard drive crashes that conveniently resulted in the “loss” of pertinent email that might prove that the IRS was politicized and that its leaders did indeed target their political enemies and collude with the White House to punish them.

There’s not even a smidgen of corruption involved in the fact that the IRS did not, and perhaps still does not, follow the Federal Records Act with regard to saving public records, which include electronic versions as well as hard copy versions of email and instant messages, among other types of digital communications such as text messages, even those sent by Blackberry.

There’s not even a smidgen of corruption involved in the ever-changing, under-oath testimony by IRS leaders before our representatives in Congress.

Does this newest information, however, at least hint at perhaps more than a smidgen of corruption at the IRS? Drip, drip, drip:

Conservative groups seeking tax-exempt status had their applications denied by IRS bureaucrats who called them names like “crazies,” “rabid” and other words that can’t be printed in a family newspaper [a**holes]. The tax agency is supposed to be run by nonpartisan, career professionals, but the latest set of emails released by the House Ways and Means Committee suggest the agency is anything but. …

If one thing is certain, it is that Ms. Lerner has little regard for taxpayers. While on a sightseeing trip in England in the fall of 2012, she didn’t use a personal cellphone or pay international roaming rates for her personal calls and messages. She stuck taxpayers with the bill for her complaint that her “retention bonus” was being delayed. Ms. Lerner earned around $177,000 per year and had hit the statutory limit for her pay grade. “How silly,” wrote Ms. Lerner. “They have to stop my retention pay because I made too much this year and will give me the rest next year in a lump sum.” She knew how to game the system to extract the maximum amount of money from taxpayers.

Is there at least a smidgen of corruption in this revelation?

The Committee also found that Lerner used her personal email for official business, including confidential return information.  The Committee believed that further investigation, using resources available to the Department of Justice, could reveal whether there was unauthorized disclosure of taxpayer information in violation of the law.  A newly discovered email from February 22, 2012 shows an exchange between Ms. Lerner and an IRS IT professional regarding a “Virus on Home PC.”  In the exchange, Ms. Lerner indicates that she kept work information on her home computer, some of which may have been lost.  She further states that her computer may have been “simply hacked because my password was too simple.”  This exchange further raises concerns that taxpayer information may have been leaked.

We already know that the Obama/Lerner IRS “accidentally” passed protected taxpayer information illegally to the FBI and the DOJ. That alone suggests more than a smidgen of corruption.

We the People would give much more than a smidgen for a good stool pigeon.

Preferably one that did save records.

135 responses to “Of Smidgens and Stool Pigeons”