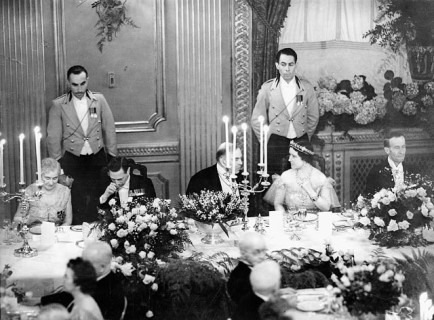 This weekend we were treated to a puff piece by PARADE that told us all about how hard Mr. and Mrs. Barack Obama “struggled” when they worked menial minimum-wage jobs while growing up and pinched pennies to support themselves and their two young children after they both graduated from law school. It’s almost as if the authors (Lynn Sherr and Maggie Murphy) did no fact checking but accepted the Obama narrative as presented to them.

We, however, know the timeline for the Obama narrative only too well, so consequently we know that both of the Obamas were well paid by the time their children were born. Nevertheless, some new jobs were added to the Barack Obama résumé, one that was news even to his wife.

Let’s recap that résumé, with a little help from the progressive-loving political blog, PolitiFact. An anonymous writer there compiled a list of Obama’s jobs.  Below is a condensed version. If only the writer had provided links to the “host of sources” from which he or she compiled this list. If I can find sources, I’ll link them:

1975 or ’76, Honolulu, Baskin-Robbins counter clerk [note that Obama would have been too young to legally work there]

Unspecified summer, Honolulu, made and sold sandwiches at an unnamed deli

2006, published The Audacity of Hope: Thoughts on Reclaiming the American Dream

The article at Parade adds these jobs, but doesn’t specify the year:

The president, who once scooped ice cream at Baskin-Robbins, began by recalling his days as a waiter in an assisted living facility—a story that even surprised his wife.

PRESIDENT OBAMA: It was a great job, although the folks there sometimes were cranky because they were on restricted diets. Mr. Smith would want more salt, and you’d say, “I’m sorry, Mr. Smith. You’re not allowed.”

MICHELLE OBAMA: I never knew about that one!

PO: I also worked as a painter. My first four jobs were minimum wage or close to it.

Try to find any mention of Obama working as a waiter at an assisted living facility prior to this interview. When did “assisted living” facilities first come into vogue? 1981.

In 1981, Obama went to Pakistan, so that can’t be the summer that he was a waiter at any assisted living facility. There are three other summer jobs listed above for that year and subsequent years. As you see from the list, Obama was continuously employed after 1983, so where does this alleged job as a waiter fit in? When and where did he work as a painter? (Of walls or landscapes?)

Obama seems to make narratives up as he goes along, so it’s no wonder that even his wife hadn’t heard that story before.Very few of his jobs, especially those before college graduation, can be documented. Most of the sources are Obama himself or his campaign. We aren’t deluged with kudos from all of his former bosses or co-workers who ought to remember having a future president in their midst. Curious. Isn’t it?

Obama certainly seems to have flitted from job to job, especially during his youth. Some point out that Obama is quite bored already with his current job.

Would you hire Barack Obama?

I wouldn’t and I didn’t, but unfortunately others did.

Barnett wrote about how Obama might “certainly shine” in an interview and how a prospective employer would probably “really want to hire him” because he presents as an exceptionally talented person. However,

you’d still have the cold, hard facts of his résumé staring you in the face. You’d reluctantly have to conclude that Obama’s failure to commit himself to any career sufficiently to excel at it suggests some unexplained restlessness.

Or perhaps it suggests that Obama is all presentation and narrative without any substance to back up the illusion he creates. Therefore, he’s always in over his head and so immediately begins to look for the next rung up on the ladder.