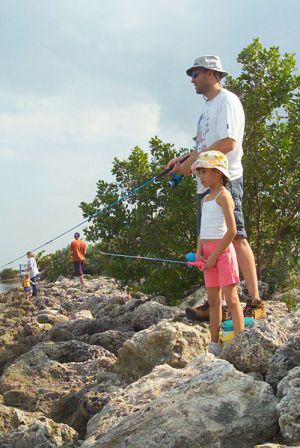 Today is Father’s Day, a day during which we pamper our dads or remember our dads, if they’re no longer with us. Too many children today grow up without fathers in the home. How blessed many of us were to have a father in our lives!

We’re supposed to believe that it’s just as well to have no dad and just a mom, or two dads and no mom, or two moms and no dad. Now the “abnormal” home is the one with a traditional heterosexual married couple as parents. We’re supposed to “celebrate” the “diversity” of various types of families. I’m not buying it; are you?

No one will ever convince me that I would have been just as well off if I hadn’t had my dear old dad to love me, guide me, teach me, cherish me. Girls need dads and boys need dads. Science tells us so, just so long as it’s truly objective science. But that’s a thing of the past, too–objective science. Uncorrupted-by-political-correctness science.

Sometimes, we have to go overseas to find some truth:

Growing up without a father could permanently alter the structure of the brain and produce children who are more aggressive and angry, scientists have warned.

Children brought up only by a single mother have a higher risk of developing ‘deviant behaviour’, including drug abuse, new research suggests.

It is also feared that growing up in a fatherless household could have a greater impact on daughters than on sons. …

Dr Gabriella Gobbi, who carried out the research with colleagues at the medical faculty at McGill University in Canada, said:

‘This is the first time research findings have shown that paternal deprivation during development affects the neurobiology of the offspring.’…

Numerous studies, which too many like to pretend don’t exist, demonstrate a host of the negative effects of growing up without a father (e.g., promiscuity, drug and alcohol abuse, suicide, poor academic achievement, increased criminality, inter-generational child and sexual abuse, confused gender roles, lower IQ, etc.).

All this is common sense, except that sense doesn’t seem to be common anymore.

So if you’re blessed to have a father in your life, then tell him so. Thank him for being there for you. Trust me: He’ll be so very happy to hear it out loud and from your lips.

Condolences to all who have lost their fathers. There’s a hole in my heart that can never be healed.

Dad, wherever you are, I love you and miss you. I thank God every day of my life that you were my father.

Happy Father’s Day to all fathers, grandfathers, great-grandfathers (and greats to whatever degree), stepfathers, fathers-in-law, and godfathers, as well as to any man who plays a father’s role in any child’s life.

God bless you, every one.