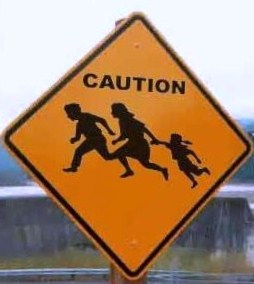 The National Park Service (NPS) has seemingly declared war on the citizens of this country (non-citizen, illegal aliens exempted, as they get special treatment).  Obviously, the NPS has become part of Barack Obama’s longed-for private army:

We’ve got to have a civilian national security force that’s just as powerful, just as strong, just as well-funded [as the military].

During this government shutdown, the NPS, which has units well trained in SWAT tactics

(This highly trained team is proficient with a variety of weapons including submachine guns, assault rifles, sniper rifles, and less-than-lethal weaponry)

has recently executed numerous outrages that are well documented in the “alternative media”.  So far, the “mainstream” media continue to spin and cover for them, seemingly to protect the Obama administration from justified disapprobation.

I was astounded when I went to my doctor’s office  …  Across the parking lot, where there is a lovely little nature path [through the Lake Maury Natural Area] . . . there sits a park ranger in his car, lights on, blocking anyone from taking a stroll. There are no structures, water fountains, handrails—just a nice little area to walk around in for some fresh air. I cannot imagine how much it costs to have a ranger there 24/7 to keep this path closed.

I rolled my window down as I pulled up beside him and asked him “Really? And you’re not embarrassed?” He gave me an ugly go-to-hell look and rolled his window back up.

P.S. It was a bit chilly today, so he was keeping his motor running . . . polluting, spending money on gasoline . . . all on the taxpayer dime.

In the meantime, the borders remain open for illegal aliens, potential terrorists, and criminals of every stripe.

No such army–civilian or otherwise–is deployed, nor are Barrycades deployed, across the entire length of the border, to keep “trespassers” out.

What should be the priority of the Obama administration?

To keep civilians off of nature paths, or to keep illegal aliens, other criminals, and jihadists out of our country?

Whom does the NPS serve?

Have they no shame?