Big Brother Is Watching and Listening to YOU! 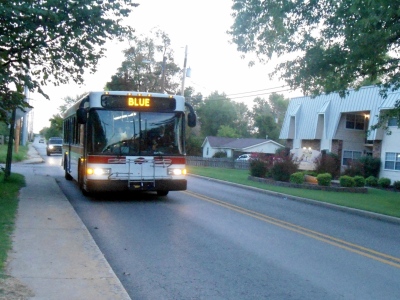 Listen. I thought that I was wildly exaggerating when, tongue-in-cheek, I asked whether the next step in the loss of our privacy will be the government forcing companies to record people in elevators or taxi cabs. How wrong I was! In the Obamanation, NOTHING is too ridiculous, extreme, or dictatorial.

All across the nation, “government officials” are installing equipment to record conversations on public transportation! I kid you not: [emphasis added]

Government officials are quietly installing sophisticated audio surveillance systems on public buses across the country to eavesdrop on passengers, according to documents obtained by The Daily. Plans to implement the technology are under way in cities from San Francisco to Hartford, Conn., and Eugene, Ore., to Columbus, Ohio.

Linked to video cameras already in wide use, the microphones will offer a formidable new tool for security and law enforcement. With the new systems, experts say, transit officials can effectively send an invisible police officer to transcribe the individual conversations of every passenger riding on a public bus.

But the deployment of the technology on buses raises urgent questions about the boundaries of legally protected privacy in public spaces, experts say, as transit officials — and perhaps law enforcement agencies given access to the systems — seem positioned to monitor audio communications without search warrants or court supervision. …

In San Francisco, the Department of Homeland Security is funding the entire cost with a grant. Elsewhere, the federal government is also providing some financial support. Officials in Concord, N.C., for example, used part of a $1.2 million economic stimulus grant to install a combined audio and video surveillance system on public transit vehicles, records show.

The story goes on to explain that it would be quite simple to combine this technology with other modern technologies (e.g., facial and voice recognition software).

The “government officials” and the Department of Homeland Security use the excuse of increased rider safety to install these Big Brother-like surveillance devices.  Couple this story with another story cited in my original comment:

Several organizations that represent police and prosecutors all over the United States are lobbying Congress to change federal privacy laws.

Part of the changes would be a requirement that cell phone providers would have to keep text messages for two years in case the information is needed in a criminal investigation.

According to a report in Wired magazine, AT&T and T-Mobile discard messages immediately. Verizon keeps them for five days and Sprint keeps them for 12.

Robert Sciliano, a Boston-based online security expert for McAfee said privacy is one issue and cost is another.

You see, if you’re on that bus text messaging, then they can’t listen to you, so they need a way to spy on those communications, too.  We already know that they read our email.  What’s next?  Snail mail?

Today, there’s a story about someone who’s suing Google for reading her email.  She’s taking a novel approach:

A Pennsylvania woman has accused Google Inc. of illegal wiretapping for “intercepting” emails she sent to Gmail accounts and publishing content-related ads.

Her lawsuit echoes others filed around the country by class-action lawyers who say the practice violates wiretap laws in some states. They represent email users who do not have Gmail accounts and have therefore not signed the company’s acceptance terms.

“The terms are that Google can intercept your emails and use them for direct marketing purposes,” said lawyer Richard M. Golomb, who has sued Google in Pennsylvania, Maryland and Florida. “They are also intercepting emails of the non-Gmail account holder, in violation of wiretap laws in some states.”

So Google is a private company, right? However, Google and other large companies regularly cooperate with the government, turning over to them basically anything they ask for.

Their excuse for reading your email is that they are looking for spam or spyware and also that they offer this free email service and so they must make their money through advertisements.  (However, it’s not necessary for them to read your mail to sell ads!)

What a conundrum for these companies. This plaintiff did not sign away her rights. She didn’t “accept” Google’s terms.  It will be interesting to see how this plays out.  Marc Rotenberg, executive director of the Electronic Privacy Information Center, said:

[What)] if you were making a call on your Verizon cellphone, and you were talking to an Italian restaurant trying to make reservations for Friday and a Verizon agent jumped on the line and said, ‘Oh, how about this place?’

You’re not supposed to be listening to my communications to try to sell me stuff — even if it’s a better restaurant.

Here’s some of what I wrote earlier in comments on this blog:

Where is it written that the government can FORCE companies to spend its money to store massive amounts of data just in case they want to spy on you? This certainly seems unconstitutional on many levels. It’s a violation of our fundamental rights: to privacy, from unreasonable search and seizure, from self-incrimination, even.

Just because there’s a middle man, does that mean we have no expectation of privacy and no control over our “speech” in the form of text messages?

Even if you delete texts from your phone, you have no option to delete them from the servers where these companies, unbeknownst to most of us, are possibly saving them. Why does any company store them even for days?

To whom does our speech belong?

If a company doesn’t ordinarily store this data, then where does the government get off forcing them to collect and store it? This power could be extended ad infinitum.

What about elevators? Can they force building managers to record and store conversations that take place in elevators, in case the government might want to listen in?

How about those cameras in elevators? Can they force them to store video for two years?

How about taxicabs? Can they force cab companies to record conversations and store them for two years?

Little by little, we are losing our constitutional rights.  Gradually. Behind the scenes.  The operative word in the first story is “quietly”.

Quietly, indeed:  The state of Maryland has been working on this for three years already!  Since 2009, when Obama became president.

Leftists were the ones who wrote a right to “privacy” into the Constitution when they pushed for abortion “rights”.  Where are they now?

They’d seem to be our natural allies to fight together this erosion of our constitutional rights to FREE speech, freedom of association, freedom of movement, freedom from surveillance, privacy, freedom from unlawful search and seizure,  and freedom from an overweening, dictatorial government.

Are school buses are next?  Imagine how much they can learn from kids about their parents.

We probably don’t want to know, but We the People certainly need to WIN this game, whatever it is.

20 responses to “Big Brother Is Watching and Listening to YOU!”