One More Day Until We Vote Obama Out of Office! 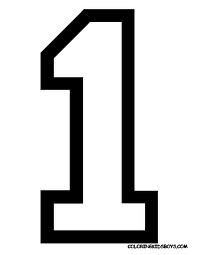 We knew from Day One the consequences of electing a liar and a fraud as the pResident of our great country.  He didn’t let us down. He and his supporters met all of our expectations for leading our country down the path to destruction.   Yet like Hurricane Sandy that hit the eastern coast of the United States, the fury of the voting Americans will be swift, forceful, and unyielding.  Voters are prepared to knock the wind out of the bloviating  anti-Americans right where they live.  With their votes, they plan to send those sorry a@@es, err jacka@@es, err donkeys packin’.

Hold on Patriots, just One more day and Americans will transform the White House and this administration by their votes.  One heavy-duty shellacking wasn’t enough in 2010.  The sad, pathetic, low-class excuse for a leader  and his sycophants need another resounding message for really good measure.  And we are going to give it to him and them … on a paper plate overflowing with some rotten,  contaminated, expired, old-fashioned, putrid canned peas.

We know you will be wanting to send bon voyage cards, condolences messages,  sympathy cards or even Adios packages, so their present address is provided for your convenience.

Please do use the full address of the White House to make sure your message gets to them as quickly and directly as possible.  Since we aren’t sure of the occupier of the White House’s real identity,  be it one of 20+ names that we know about, do use the name of Obama.  We are unsure if packages addressed to any of the other names that are used to identify them will be delivered.  The following are questionably deliverable names:   Usurper, Squatters, Frauds, Pretenders, Imposters, Con men, Soebarka, Steve, Barry Soetoro, or Harry J. Bounel.   It would be a shame if improper addressing caused your special gift not to be delivered.

According to the infamous Wiki, that is always a wealth of information, “Some squatting movements are political, such as anarchist, autonomist, or socialist.    Another tidbit, “There are large squatter communities in Kenya, such as Kibera in Nairobi.”   [The things we learn from our fathers!]   In the United States, squatting laws vary from state to state and city to city.  For the most part, it is rarely tolerated to any degree for long, particularly in cities.

Well, we tolerated their insufferable traitorous behavior much to long and our patience is gone.  They were warned, but they ignored the signs.  Now, the  Final Eviction Notice will be sent from America on November 6, 2012 to the low life squatters who have lavishly lived on our hard-earned dimes!

As we wait in anxious anticipation for tomorrow, we want to know  what  you will be sending as a “Going Away Gift” to the Squatters who have occupied Our White House for 4 long years, and who will finally be evicted by legal means.   The date of departure is to be determined, but  for those living in the area you might want to have your “Good Riddance” signs prepared.  We do so want them to have a send off they won’t soon forget.  All signage and gift suggestions are welcome.

One More Day and Then We Can Tell

Obama To “Eat His Own Damn Peas!”

I was thinking we should have a canned pea drive.  Can you see a million cans being delivered to them non-stop for 3 full months?

I can even imagine a Christmas tree decked with Libby’s canned peas. Unsalted, of course.

This entry was posted in Biographies and Selected Persons, Elections, Vetting Obama and tagged Canned Pea Drive, Obama can eat his own damn peas, One more day until Obama voted out, Squatters, Vote Obama Out. Bookmark the permalink.