Romney Sums Up Why He Should Win (Open Thread) 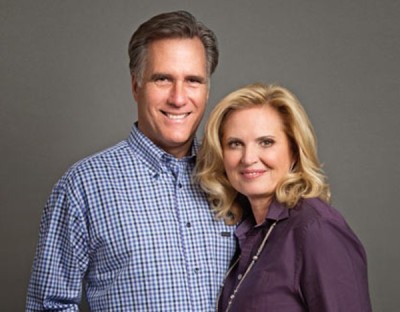 In response to Barack Obama’s claims, during the recent debate, that he has helped the economy over the past four years, Governor Mitt Romney delineated exactly why this president has failed and must be replaced.

[emphasis added to all quotes]

He said that by now we’d have unemployment at 5.4 percent. The difference between where it is and 5.4 percent is 9 million Americans without work. I wasn’t the one that said 5.4 percent. This was the president’s plan. Didn’t get there.

He said he would have by now put forward a plan to reform Medicare and Social Security, because he pointed out they’re on the road to bankruptcy. He would reform them. He’d get that done. He hasn’t even made a proposal on either one.

He said in his first year he’d put out an immigration plan that would deal with our immigration challenges. Didn’t even file it.

This is a president who has not been able to do what he said he’d do. He said that he’d cut in half the deficit. He hasn’t done that either. In fact, he doubled it. He said that by now middle-income families would have a reduction in their health insurance premiums by $2,500 a year. It’s gone up by $2,500 a year. And if Obamacare is passed, or implemented — it’s already been passed — if it’s implemented fully, it’ll be another $2,500 on top.

The middle class is getting crushed under the policies of a president who has not understood what it takes to get the economy working again. He keeps saying, “Look, I’ve created 5 million jobs.” That’s after losing 5 million jobs. The entire record is such that the unemployment has not been reduced in this country. The unemployment, the number of people who are still looking for work, is still 23 million Americans. There are more people in poverty, one out of six people in poverty.

The president wants to do well. I understand. But the policies he’s put in place from Obamacare to Dodd-Frank to his tax policies to his regulatory policies, these policies combined have not let this economy take off and grow like it could have.

You might say, “Well, you got an example of one that worked better?” Yeah, in the Reagan recession where unemployment hit 10.8 percent, between that period — the end of that recession and the equivalent of time to today, Ronald Reagan’s recovery created twice as many jobs as this president’s recovery. Five million jobs doesn’t even keep up with our population growth. And the only reason the unemployment rate seems a little lower today is because of all the people that have dropped out of the workforce.

The president has tried, but his policies haven’t worked. He’s great as a — as a — as a speaker and describing his plans and his vision. That’s wonderful, except we have a record to look at. And that record shows he just hasn’t been able to cut the deficit, to put in place reforms for Medicare and Social Security to preserve them, to get us the rising incomes we need. Median income is down $4,300 a family and 23 million Americans out of work. That’s what this election is about. It’s about who can get the middle class in this country a bright and prosperous future and assure our kids the kind of hope and optimism they deserve.

One thing that stands out, besides the brilliant indictment of Obama’s record, is that Romney respects us, the citizens of the United States of America.  Obama and his minions habitually claim that their problem is not with policy but with the difficulty of explaining policies to the citizens of the USA.  It’s a problem of education, given that We the People are so ignorant.  If only they could figure out how to talk down to us well enough so that we ignorant rubes would understand what they, the elite intelligentsia of this country, so easily comprehend.

Note that Romney says, “I think you know.”  By that very statement, he recognizes that We the People are intelligent enough to understand our experiences and to draw lines between cause and effect.  He also recognizes that all in the viewing audience, no matter their level of education, are inherently intelligent enough to comprehend what’s going on. Romney doesn’t talk down to us, nor does he brazenly lie to us as if we’re too stupid to recognize a lie when we hear one.

Romney can add these new statistics to his indictment.  First:

Welfare spending has grown substantially over the past four years, reaching $746 billion in 2011 — or more than Social Security, basic defense spending or any other single chunk of the federal government — according to a new memo by the Congressional Research Service.

The steady rise in welfare spending, which covers more than 80 programs primarily designed to help low-income Americans, got a big boost from the 2009 stimulus and has grown, albeit somewhat more slowly, in 2010 and 2011. One reason is that more people are qualifying in the weak economy, but the federal government also has broadened eligibility so that more people qualify for programs.

Sen. Jeff Sessions, the ranking Republican on the Senate Budget Committee, who requested the Congressional Research Service report, said it underscores a fundamental shift in welfare, moving away from a Band-Aid and toward a more permanent crutch.

Remember that Obama has implemented an outreach program, in conjunction with the Mexican government, designed to enroll illegal aliens in the food stamp program, which has doubled since 2008!  Welfare is now the “single largest budget item,” amounting to an astounding $1.03 TRILLION.   With a trillion dollars, you can “buy” an awful lot of votes. Second:

The U.S. Bureau of Justice Statistics reported Wednesday that the increase in the number of violent crimes was the result of an upward swing in simple assaults, which rose 22 percent, from 4 million in 2010 to 5 million last year. The incidence of rape, sexual assault and robbery remained largely unchanged, as did serious violent crime involving weapons or injury.

Surely the Obama economy can be blamed for this rise in crime.  Third:

That story calls this the 7-Eleven Presidency.   How long would a 7-Eleven family survive in this world?

It’s apparent that if our country is to survive the next four years, we need to make a U-turn.

We need a president who will truly get the economy going, will truly care about 100% of the citizens of this country, will truly make us energy independent, and will truly get us out of debt, so that our country can once again prosper.

The decision is ours, and We the People will have to live with the choice that we make in a few weeks.

May We the People choose wisely.