Shooting in Wisconsin: Who is Wade Michael Page? (Open Thread) 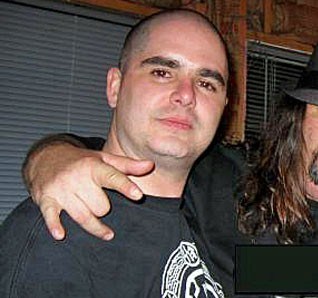 Here we go again. Another shooting.  Another set of odd circumstances.  Wade Michael Page is the alleged shooter at a Sikh temple in Wisconsin, where seven died, including the alleged gunman.  Page was 40 years old and was shot dead at the scene by police, so we may never know his motivation.   As usual, the media and law enforcement immediately referred to him as a lone gunman, white, and an example of “domestic terrorism.” 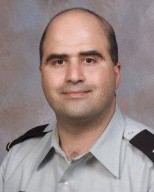 We don’t recall the media or law enforcement referring to Nidal Hasan as an Islamic supremacist or even a practitioner of terrorism, much less “domestic terrorism.”  Does it make a difference if one is an “ex” member of the military versus a current member of the military?   Odd how much Hasan resembles Page, in more ways than one.

Was Page a former member of the military?  The FBI has seized Page’s military records.

As with the shooting in Colorado, when initial reports spoke of another person being sought, the FBI is looking for another white male, and yet he’s only a “person of interest” and authorities continue to “believe” that Page acted alone.

Although there were reports of more than one shooter, Edwards said Monday investigators are confident there was only one gunman.

Even if Page wasn’t on the radar screen of local police, the radical progressive organization Southern Poverty Law Center (SPLC) piped up immediately to say that they have been “watching” Page for over a decade, although they pointedly do not seem to watch potential Muslim terrorists.  I would take with a grain of salt anything these leftists (to be kind) report.  Police are investigating Page’s alleged ties to “white supremacists.”

This story contains an interview of “frustrated Neo-Nazi” (according to SPLC) Wade Michael Page, in which he spoke about his band End Apathy, which the SPLC refers to as a “racist white supremacist” band, although there’s nothing in the interview to indicate anything of the kind.  From the same story:

Authorities said Wade Michael Page strode into the temple without saying a word and opened fire using a 9mm handgun and multiple magazines of ammunition.

Page joined the Army in 1992 and was discharged in 1998, according to a defense official who spoke to The Associated Press on condition of anonymity because he was not yet authorized to release the information. …

End Apathy’s biography on the band’s MySpace page said it was based in Nashville, N.C.

Joseph Rackley of Nashville, N.C., said Monday that Page lived with his son for about six months last year in a house on Rackley’s property. Wade was bald and had tattoos all over his arms, Rackley said, but he doesn’t remember what they depicted. He said he wasn’t aware of any ties Page had to white supremacists. …

Page joined the military in Milwaukee in 1992 and was a repairman for the Hawk missile system before switching jobs to become one of the Army’s psychological operations specialists, according to the defense official.

So-called “psy-ops” specialists are responsible for the analysis, development and distribution of intelligence used for information and psychological effect. Fort Bragg, N.C., was among the bases where Page served. …

Late Sunday, the investigation moved beyond the temple as police, federal agents and the county sheriff’s bomb squad swarmed a neighborhood in nearby Cudahy, evacuated several homes and searched a duplex. Bureau of Alcohol, Tobacco, Firearms and Explosives agent Tom Ahern said warrants were being served at the gunman’s home.

Our condolences to the families of the victims.  Keep them in your prayers.

179 responses to “Shooting in Wisconsin: Who is Wade Michael Page? (Open Thread)”