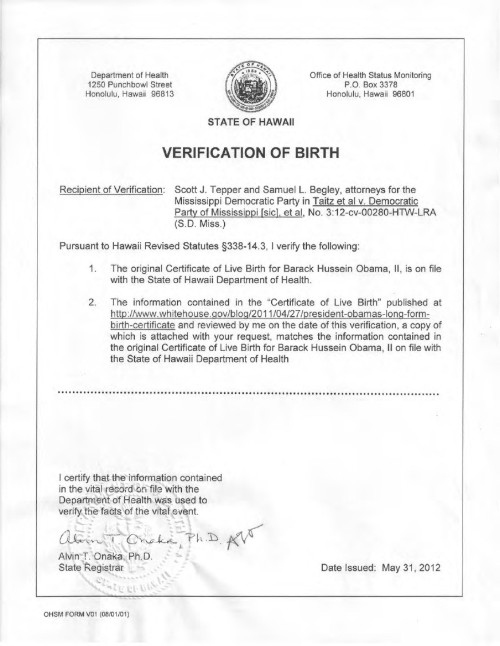 OKAY! SO WHAT’S UP WITH THIS? It was submitted in the Mississippi ballot challenge. To head off Sheriff Joe’s next presser? You be the judge. Have at it. Pick it apart, folks. I haven’t had time to read the entire motion yet.