Did Genevieve Appeal to Obama’s Black or White Side?

Was She Real or a Composite? 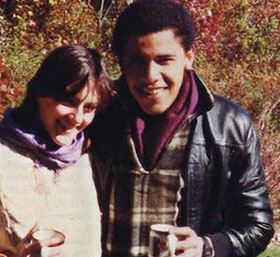 What follows below is a transcription that I wrote of the video for those who prefer to read what was introduced by Kris in Obama File‘s YouTube presentation, “Exclusive: Obama’s Ex-Girlfriend Worked At Communist School.” Links and screenshots were added.  Click to enlarge the photos.  The source link is located at the end.   It was very well done.

Commentary by the author preceding the You Tube:

Vanity Fair, May 2,  published excerpts of a new Obama biography that makes the ‘stunning revelation’ that Obama’s New York girlfriend described in ‘Dreams From My Father’ was a composite of several different women. Politico then ran with a ‘Obama:  New York girlfriend was a composite’ headline. Then David Graham of The Atlantic went in for the kill:  ‘Politico has served as an unwitting pawn in a game conservative spin-meisters are playing to redefine Obama between now and November.’

This is all described in play-by-play detail by Tim Stanley in The Telegraph, bemoaning that Obama was not vetted in 2008, but sighs in relief that now conservatives are making up for lost time.

The only problem is that conservatives aren’t running the narrative, liberals are. 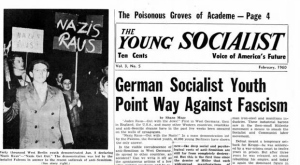 Remember Vanity Fair was the rag that ran the 10,000-word hit piece against Sarah Palin in 2010 in anticipation of a presidential run, that even the slavering liberals criticized.

Or that Politico was the smear machine that ran 90+ vague, anonymous stories in less than a week about Herman Cain’s sexual harassment accusers.

The point is that when the liberal media ‘reveals’ something about Obama, we know something huge is about to be released.

When the Breitbart ‘Big’ sites were about to reveal the Derrick Bell video tapes, Buzzfeed got ahead of it, releasing edited versions of the tapes with toned down commentary, in what conservatives call the liberal process of controlling an explosion.

Obama Files initially thought this ‘controlled explosion’ had something to do with Obama’s sexual libido, or lack thereof, or variety thereof, as there have been numerous allegations  of Obama’s, shall we say ‘experimentation’ during the Harvard Law Review years, at least two male students stating they had been ‘sexually harassed’ by Obama.   (We won’t even talk about the Chicago years.).

The reason for this suspicion is that the David Maraniss bio excerpts seem to focus on Obama’s sexual personae with the passage most quoted on thousands of websites since May 2 (supposedly from Genevieve Cook’s ‘secret diary’):

Saturday, February 25  “the sexual warmth is definitely there –but the rest of it has sharp edges and I’m finding it all unsettling and finding myself wanting to withdraw from it all.  I have to admit that I am feeling anger at him for some reason, multi-stranded reasons.  His warmth can be deceptive.  Tho he speaks sweet words and can be open and trusting, there is also that coolness — and I begin to have an inkling of some things about him that could get to me.”

But there is something less salacious but no less perfidious about Ms. Cook, that is likely to come out very soon, so that the Obama campaign and its front groups/people – including Maraniss – are trying to begin to bend the narrative so that the bombshell won’t be so hard to swallow when it comes out.

Don’t waste your time searching for Cook on the Internet.  She has been dutifully scrubbed, but Maraniss committed a few faux pas when he divulged in his bio excerpts that Cook had worked as a teacher at the Brooklyn Friends School while dating our Community Organizer- in- Chief, and also where she had gone to prep school and college.

The K-12 Brooklyn Friends School has a little, carefully
hidden secret that exists to this day.

Don’t expect to find a picture of Lenin in the office, but with a little digging Obama Files found a few juicy tidbits.  Before we get into the Brooklyn Friends School, let’s take a tour of Ms. Cook’s education.

Maraniss reveals that Ms. Cook got her prep school training at none other than ‘Hanoi’ Jane Fonda’s old stomping grounds, Emma Willard School in Troy, New York, that to this day is concerned with ‘social justice’ issues  (socialism in plain speak).

Genevieve’s  journal-keeping started in 1975 during her final year at Emma Willard School, an academically rigorous prep school for young women in Troy, New York, and continued through her undergraduate years at Swarthmore and on into adulthood.”

Ah here is where it gets interesting.    Beginning in the 1960’s, Swarthmore, near Philadelphia, has been ground zero for Marxists.    When Obama say ‘Marxist professors and structural feminist’ in  Dreams From My Father, more than likely they were bred at Swarthmore.

Swarthmore often got  high praise for being good community organizers.   Swarthmore has had the distinction of being a breeding ground for radicals until this day. 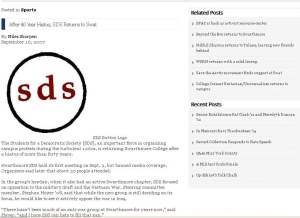 The Students for a Democratic Society [SDS] an important force in organizing campus protests during the turbulent 1960’s is returning Swarthmore College after a hiatus of more than forty years.

SDS?  That’s not the same SDS associated with Bill Ayers and Bernadine Dohrn is it?

Swarthmore College was a leading school within the original SDS movement.   Swarthmore was heavily involved in the groups national organization.  “Vernon Grizzard ’66 was vice president of national SDS.  Paul Booth ’64 was a member of the National Council and led a SDS splinter-group, the Peace Research and Education Project [PREP].”

Paul Booth of SDS and Weather Underground fame, crony to Ayers and Dohrn?

Now we know the basis for Obama’s New York girlfriend working at a communist school while they were dating.

December, 1983.   A Christmas Party down in the East Village, at 240 East 13th Street.  It was a B.Y.O.B., and Genevieve Cook brought a bottle of Baileys Irish Cream.  The host was a young man employed as a typist at the Chanticleer Press, a small Manhattan publishing company that specialized in coffee-table books.  Genevieve had worked there briefly but had left to attend graduate school at Bank Street College, up near Columbia, and was now an assistant   teacher for second and third graders at Brooklyn Friends School.  She was living temporarily at her mother and stepfather’s place on the Upper East Side.

Standing in the kitchen was a guy named Barack, wearing blue jeans, T-shirt, dark leather jacket.  They spoke briefly, then moved on.  Hours later, after midnight, she was about to leave when Barack Obama approached and asked her to wait.  They plopped down on an orange beanbag chair a the end of the hall, and this time the conversation clicked.

Brooklyn Friends School had a little publication called ‘The Life.’ A little Left-leaning, but certainly not communist! 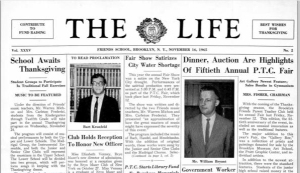 Oh, what a few years brings. 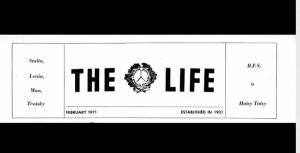 And, like Swarthmore, some things never change.  At most K-12 schools, a field trip consists of going to the museum or opera.  At Brooklyn Friends School: 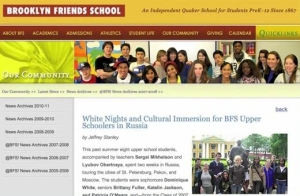 On their trip home from St. Petersburg, the group stopped in Moscow for two days, taking a walking tour of the Kremlin and making a requisite macabre visit to Lenin’s tomb.  But the highlight of Moscow was the world famous Russian Circus, everyone agreed.

For Sergei, the trip had three purposes for our students:  getting to know Russian culture and history better, getting them acquainted with their Russian peers so they could see in what ways they’re similar, and getting them to accept people from other cultures and beliefs.  The students are currently in the midst of preparing a presentation of photos and other media to present to the Upper School this fall during a special assembly. 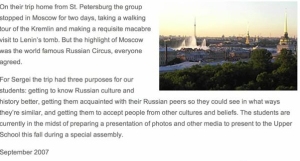 But as the commercials say, but wait, there’s more!

The other ‘controlled explosion’ in the Maraniss piece seems to have something to do with ‘Pakistani friends,’ that is dropped liberally here and there:

If Barack and Genevieve were in social occasions as a couple, it was almost always with the Pakistanis.

Obama Files, along with everyone else who knows anything about Obama, knows this will probably lead to Obama’s trip to Pakistan in 1981 that he kept secret and revealed as an off-hand remark while campaigning in April,2008.

This trip has been highly suspect.  In 1981, Pakistan was under martial law and barred not only Americans, but Jews and Christians,  from entering the country.  So that it has been theorized in 1981,  Obama had an Indonesian passport and identified himself as a Muslim in order to gain access to the country.

Funny, ‘right-wing conspiracy theorists’ have been trying to dig up Obama’s past for five years with little luck.  And Mr. Maraniss easily digs up two old girlfriends, a horde of Pakistani friends by name; is given access to the girlfriends’ letters and journals.  Just all sounds kinda strange…

But I guess we’re all just conspiracy theorists…

Don’t Both Characters, Obama and Genevieve,
Belong in the Fiction Category?