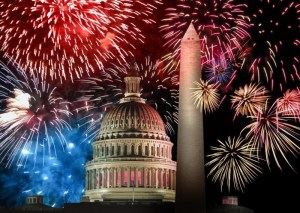 It ought to be solemnized with pomp and parade, with shows, games, sports, guns, bells, bonfires and illuminations, from one end of the country to the other, from this time forward forever more.

Happy 4th of  July to all of our authors, readers, commenters, and friends.  Remember our troops today, without whom there would be no freedom for us to enjoy barbecue, games and fireworks.  Pray for them and for our Republic.  May God bless the United States of America.  Long may she endure. From this time forward forever more.