Dominique Strauss-Kahn Head Of The I.M.F. Arrested For Sex Assault 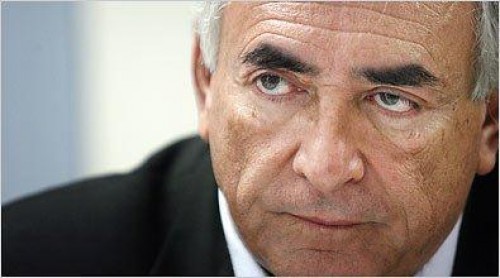 It looks like all plans to run for President of France have been dashed for Dominique Strauss-Kahn who is now  head of the International Monetary Fund. He has been arrested amid charges of  a sexual assault of a hotel maid in his room. Mr Strauss-Kahn was removed from an airplane he had quickly boarded after the incident. He had fled his hotel room without his cell phone as well as personal belongings. Do honest men run from a crime scene? Is this story correct?

This is not the first unflattering incident for Dominique. It seems unbelievable that a man in a  highly visible position would throw it all away for a forceful sexual encounter.

Sometimes power makes some individuals believe they are above the law and proper standards. They have no boundaries for their behavior. How do these types of characters get these leadership positions? Truly amazing. I guess the term “Lead by example” is a thing of the past?

Dominique has a wife (his third) who also has a high profile position . I guess she was not on his mind in his hotel room, though. I feel sorry for her humiliation.

I have written on Dominique previously, and I will add an in depth story on him also on the research site. This is not a sweet story. It will be interesting to see how this plays out, but it looks like Dominique will probably be updating his resume very soon as well as writing checks for legal fees. I am sure some fast explaining to the Mrs. is on the agenda also.

49 responses to “Dominique Strauss-Kahn Head Of The I.M.F. Arrested For Sex Assault”