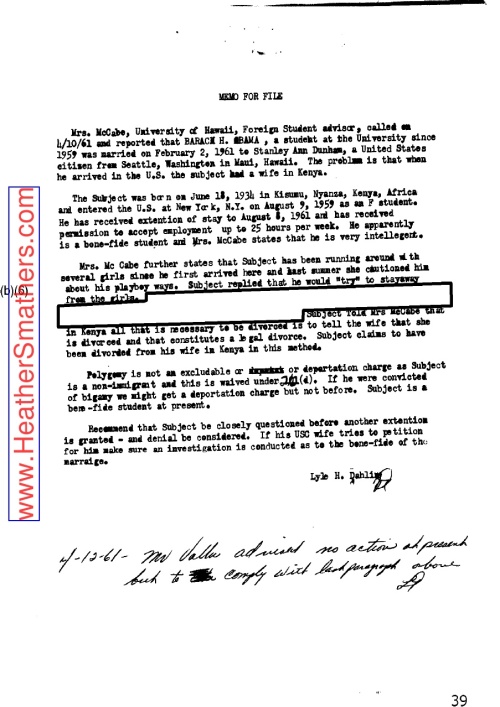 An INS memo about Barack Obama Sr. who had a wife in Kenya when he arrived in Hawaii and then married Stanley Ann Dunham on February 2, 1961. The summer before, he had been running around with several girls and had been cautioned about his playboy ways. He replied that he would try to stay away from the girls.

I woke up early and watched the Royal Wedding so don’t expect perfection from me today, okay? I am so tired. 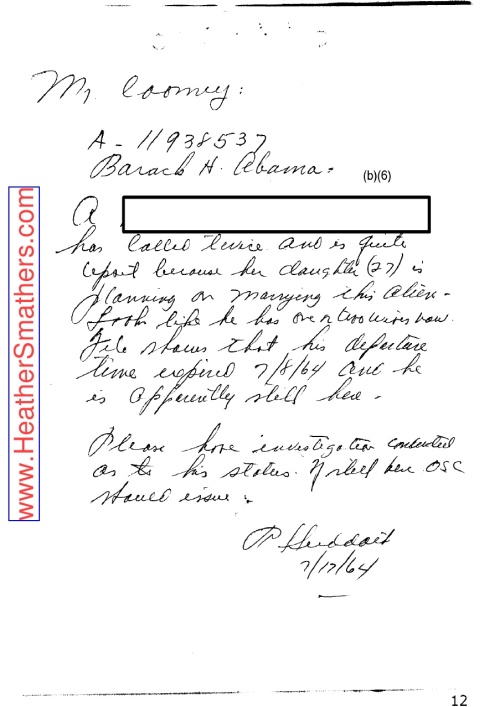 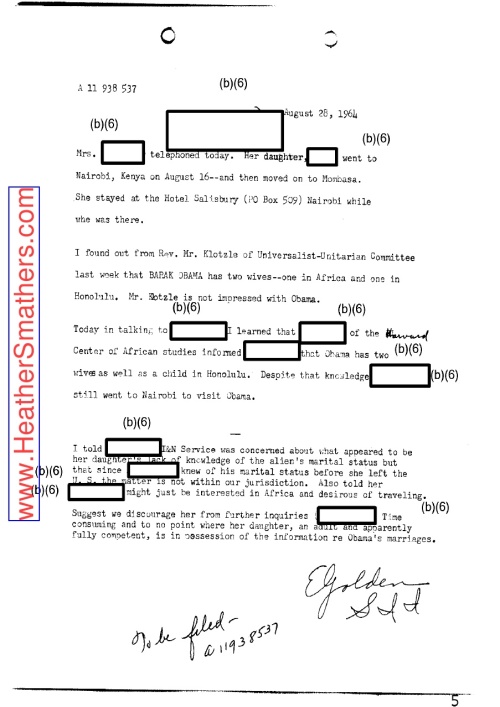 Another  girl was from Kenya, sponsored by a Unitarian organization and going to high school in Massachusetts and living with an American family. She bought a round trip ticket and went to London, saying her sister was in London and sick. She left for London against the recommendation of her sponsor, the Unitarian organization, who then dropped her from their program. A Unitarian minister from the organization called the INS because the Kenyan girl had a round trip ticket and would be re-entering the US without a sponsor and she had not been re-admitted to school and was unable to get admitted into another school. The INS could not find a sister for the Kenyan girl in England. When she was trying to get back into the states, the Kenyan girl had Barack Obama, who the INS said was her boyfriend, call them several times on her behalf. The INS was told by the Unitarian organization that they thought she might have gone to London for  “redacted.” 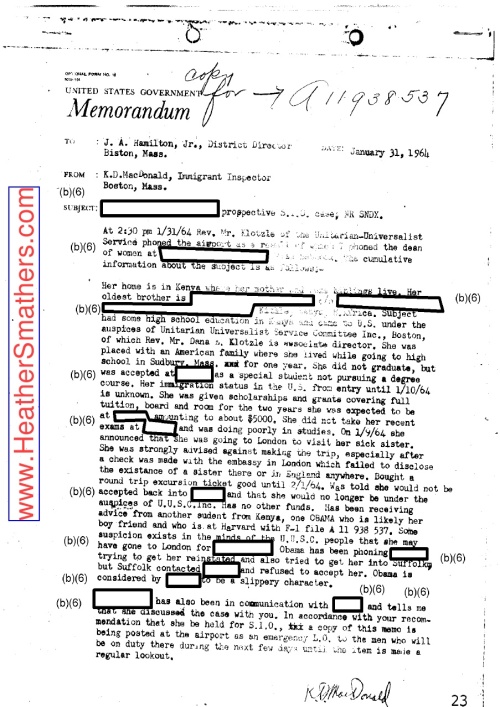 In an August 31, 1961, an INS  memo tells of Barack Obama Sr.’s  plan to stay at the University of Hawaii for another year to get his BA in Economics while his US Citizen wife, Stanley Ann, planned to go to school at Washington State University the next semester.

The memo goes on to say that after Obama Sr.  got his BA in economics, he intended to go to a mainland school for a doctor’s degree in economics then, after that, to return to Kenya.

The memo says, “They have one child, born Honolulu 8/4/1961, Barack Obama II, child living with his mother (she lives with her parents and subject (Obama Sr.)  resides at 1481 Alencastre St.) 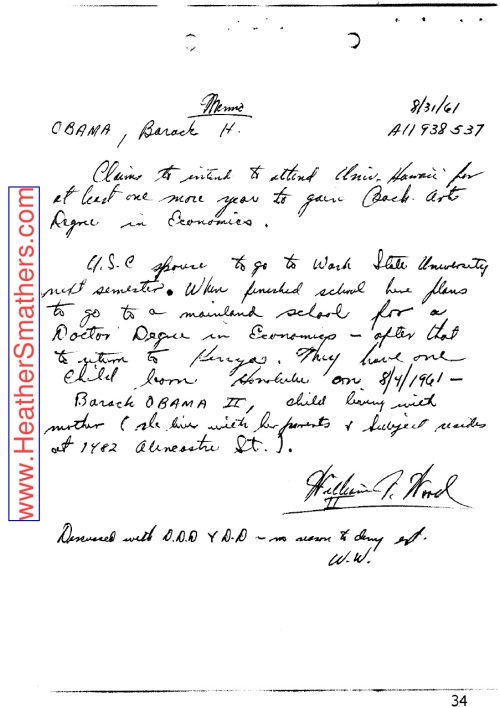