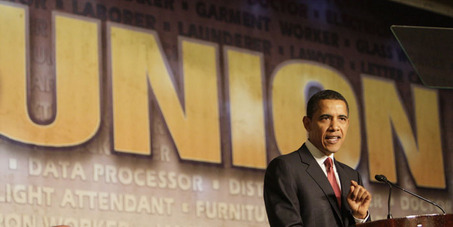 Despite what Baba O’Reilly and the lame stream media say, “we the people” would be remiss if we did not continue to demand proof of Obama’s birth and history.

That Obama has managed to get away with such blatant side-stepping of a minimal inquiry into his past is unbelievable—make that un-frigging-believable.  The whole thing stinks to high heaven, and can only have continued this far through the machinations of some big time “heavy hitters,” threats, widespread conspiracy, and a lot of hush-money greasing palms.

Anyone who has researched the subject knows that the “birth” certificates offered to us on the Internet are, at best, of dubious authenticity. The publication of Dr. Jerome Corsi’s new book “Where is the Birth Certificate” in May, will certainly peak interest in the topic.  It may well be that the birth certificate issue ultimately proves to be the downfall of Obama’s reign.

Be that as it may, the birth certificate issue is merely the tip of the iceberg.  There are a plethora of other issues that remain unresolved, un-debated, and unanswered.  Obama was given a “Get Out of Jail Free” card by the lame stream media early on, and an army of leftist sycophants have aided and abetted this historic scam.

You would think that a Republican controlled House would be seriously looking into these issues, but it appears that too many of the Republicans are either intimidated, in on the fix, or just “busy elsewhere.”  The USA may well have an imposter sitting in the White House as POTUS.  What, pray tell, is more important than finding out the truth about THAT?  When I say “imposter,” I mean someone who is not whom he presents himself to be.
Why, for example, is Obama’s Social Security number not being investigated?

In a recent article, Jack Cashill in World Net Daily, wrote about private investigator Susan Daniels, who along with another investigator, Neil Sankey, has done extensive research into Obama’s Social Security number.  Cashill writes that Daniels “believes this to be a more tangible scandal than the birth certificate and wonders when someone…will start paying attention.”  Someone?  Anyone?  Hello, anybody there?

Moving on, I have become more and more cognizant over time that the leadership of many liberal NGOs is comprised largely of the type of intolerant, arrogant, money-grubbing bottom-feeders that they so vociferously claim belong exclusively to benighted, capitalist venues.

For example, the leadership of the major US unions is mainly composed of the same type of people that the unions were formed to fight against in the first place—greedy, power-hungry, thuggish narcissists.  The union leadership are “Robber Barons” using different ploys, and a different rhetoric, but still focused on ripping off “we the people,” while stuffing their own pockets. (Link) (Link)

God knows we have enough blatant modern day Robber Barons—such as the highlife lowlifes that infest Goldman Sachs and the like—we don’t need any more of them hiding behind the Robin Hood facade of union “generosity .”  “We the people” are being screwed left, right, and center, make no mistake.  America’s middle-class is being very purposefully squeezed out of existence.  (Link)

That is not news, and nothing surprising—the process has been going on for quite some time.  What’s new is that so many people are now aware of it.    (Link)

The core of the global elite is centered in European old-world aristocracy and financial empires.  It has added many American, Asian, and other “neo old money” insiders.  Atheism, homosexuality, greed, banks, and Far Left doctrines (yes, including fascism) all play their part in this long-running, ongoing power grab.  Left-wing “useful idiots” have been set up like bowling pins, and like bowling pins, are meant to go down eventually.  In the meantime, they serve their purpose—as do all the various puppets.

The British Fabians have been especially adroit at infiltrating and subverting conservative and/or socialist movements.  A number of the ruling elite in England are apparently still miffed over the Magna Carta, and have never gotten over the rabble going all “uppity” on them.  Subsequently, they have co-opted most of the leadership positions within British pro-democracy movements, and have sold the people a “mess of pottage” for their birth rights.  The Fabians exported their treachery to the “colonies” via Keynesian economics during the first half of the last century.    (Link)

But “we the people” in the good ol’ USA are much too savvy to let a political/financial elite steal OUR birthrights—right?  Well, unfortunately no.  We’ve been played like a Stradivarius violin by the global elites, who are committed to reducing “we the people” to a servile status.  Can you say Nietzsche?

It helps to clarify the conservative position when you realize that the lame stream media are for the most part globalist propaganda outlets, and that the “right-wing” fascists and Nazis are actually LEFT-wing fascists and Nazis.  Putting all of the left-wing fruits into one basket, so to speak, clears the air wonderfully.  Most true conservatives are already well aware of this—I only mention it by way of reinforcement.  One generally does not wake up from a lifetime of lies and misinformation overnight.

It is no doubt disconcerting to see the extent of the forces arrayed against “we the people”—not least of whom are the ranks of ” traitorous americanus” who have infiltrated our government—but it is a needful epiphany if we are to have any chance of reclaiming our freedom.

As Don Hank observed in the quote at the beginning of this article, the time for words is fast running out.  Some would say that it ran out some time ago.  Both sides seem to be in a kind of “Mexican standoff,” waiting for the other shoe to drop, and the other side to blink.

When that happens—if that happens—it will become quickly evident that “we the people” have a bit more at hand than baseball bats.  Whereas in the cosmic scheme of things there are no “sides” really—all is One, and all is at Peace—in the mundane everyday-world that most of us operate in, things are far from peaceful.

ACLU/SPLC “lawfare” lawyers, and their ilk, continue their efforts to “slice and dice” the US Constitution, while Islamists continue their open and/or stealth jihad against Western civilization and Christianity, and a largely covert homosexual agenda continues its efforts to undermine and destroy heterosexual mores.  Behind these, and many more such attacks on America’s strength and roots, is a not-so-secret cabal of uber-wealthy global elites pulling strings, and pushing buttons.  (Link) (Link) (Link)

(Sidebar: Speaking of Muslims, I’d be much more concerned with Iran than Israel if I were a Sunni Muslim.  Although Sunnis comprise about 80% of the Muslim world, the Shiite minority are based in Iran, and Iran is heavily involved in the demonstrations throughout the Middle East.  The Sunnis have mistreated Shiites for centuries—payback’s a #####.  Besides, the 12th Imam’s coming, don’t cha know).  (Link) (Link)

Batter up?  I’m not suggesting that armed insurrection is the way to go at the moment (I’m not ruling it out either).  What I am suggesting is that “we the people” continue to, ever more strongly, insist on the legislative reinstatement of America’s foundational freedoms—and at the same time be prepared to play “hardball” at a moment’s notice.  Revolution now?  Hell yes—the question is what sort of revolution.

What I see, and am heartened by, are a number of small, bona fide grass-roots brush-fire “revolutions” at the local level, that are gradually merging and influencing policies at first the state, and then the national level.  May God bless their efforts.    (Link)

“We hold these truths to be self-evident, that all men are created equal, that they are endowed by their Creator with certain unalienable rights, that among these are life, liberty and the pursuit of happiness. That to secure these rights, governments are instituted among men, deriving their just powers from the CONSENT of the governed. That whenever ANY form of government becomes DESTRUCTIVE to these ends, it is the RIGHT of the people to ALTER or to ABOLISH it, and to institute NEW government….”    (Link)

That excerpt from the Declaration of Independence serves as a reminder to us that we have the right , indeed the duty as free Americans, to overthrow ANY form of government—say a tyrannical government in the 21st century—that ignores the will of “we the people.”

22 responses to “We Want Proof Obama!”