Corruption Story of the Century 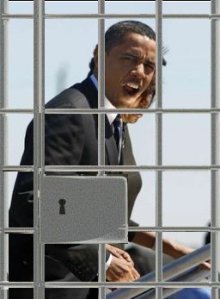 Glenn Beck breaks the biggest corruption story of the century yesterday and it doesn’t appear on a Front Page anywhere. Beck points the way to the 15 Trillion dollar scam that has some amazing players.

First Glenn makes and astute point: If Goldman is really the bad guy, why are these people still on the job? The Goldman suit is a put up job!

Know the crooks and their roles:
George Soros, Joyce Foundation and connection to CCX.

What is CCX, the Chicago Climate Exchange, projected to gross 10 Trillion a year is Cap-N-Tax passes. Obama played a pivotal role in the formation of the CCX. (Click here for expose)

Barrack Hussein Obama, Board Member of the Joyce Foundation, funded the formation of the CCX. (Valerie Jarrett is still on the board, Obama’s top adviser.) Obama sat on board and funneled money to Ayer’s brother (wild huh, just a guy in his neighborhood) and to form the CCX.

AL Gore–Goldman Sachs– GIM: Hold on to your britches, London-based Generation Investment Management sees the Trillion and they purchased a huge stake in Chicago Climate Exchange (fifth largest shareholder.) The founder of GIM is none other than former Vice President Al Gore along with Goldman people. For example other founders are David Blood (former Goldman executive), Mark Ferguson (Goldman) and Peter Harris (Goldman) to name a few. “

Goldman Sachs owns ten percent of the CCX and its 10 Trillion a year potential. (CCX is 10% owned by Goldman Sachs (GS) and 10% owned by Generation Investment Management (GIM).) Gore, Goldman, and Cap and Trade – Tangled Web of Corruption 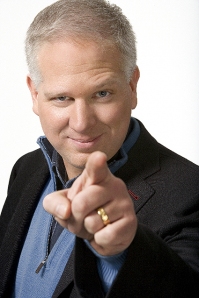 Faith, hope and charity: We used to seek God’s blessings on the country, we used to pursue maximum freedom to solve problems and we’d rely on one another in times of need.

Now we’re being pushed towards what progressives have always found hope in: Dependency on regulations and administrations. Average Americans find that approach to be red tape. Our Founding Fathers found it to be slavery.

So it kind shocks me when there’s no outcry to news stories like this one reported in the Financial Times over the weekend: The “U.S. is preparing to pivot from domestic regulatory reform to push for a tough new international capital regime.”
Excuse me?

We’re talking about the foundation of international financial regulations and global governing. It’s a trial balloon being floated out there and I guess it was a success because the response was complete and total silence.

Is it just me who thinks this is a bad idea? Am I alone? I guess so, because even Republicans are OK with this one. How could that happen? Easy: It’s those evil, greedy Sith lord Wall Street executives! Like the ones at Goldman Sachs, who are appearing before the almighty Senate Tuesday to get grilled by the Senate Permanent Subcommittee on Investigations (sounds scary) about their so-called attempts to manipulate and profit off the crash of the housing market.

They’ll get chewed out and made an example of by people like Chris Dodd, who joined in the chorus of Goldman haters on “Meet the Press” on Sunday:

SEN. CHRIS DODD, D-CONN.: Here we are, 17 months after someone broke into our house in effect and robbed us… and we still haven’t changed the locks on the doors.

SEN. RICHARD SHELBY, R-ALA.: We have to end once and for all the casino atmosphere on Wall Street, where they’re gambling, basically, on synthetic ideas and so forth — with somebody else’s money.

You’re right, Chris: You have to change those locks. But the other thing to make sure of is that the people you are calling to change the locks aren’t the same ones who were involved with the robbery in the first place.

Yes, Dodd and his buddies will chew out Goldman, but if they are the root of all evil, why do these people all still work in the administration?

• William C. Dudley, president of the Federal Reserve Bank of New York; was a partner and managing director at Goldman

There’s just a few. And if Goldman really are the bad guys, we have bigger problems than just regulation, because we have to talk about global warming as well.

I got a tip from a watchdog — and by the way, if you are new to the program and don’t know what a watchdog is, that’s you. We’ve got millions of watchdogs e-mailing in tips and stories big and small and we welcome every single one of them. We get to as many as we can and even report on some of them, like this one about the Chicago Climate Exchange.

In case you didn’t know the Chicago Climate Exchange existed — it does and it started trading in 2003. It’s billed as: “North America’s only cap-and-trade system for all six greenhouse gases, with global affiliates and projects worldwide.” Members agree to a voluntary, but legally binding agreement to “meet annual Green House Gas emission reduction targets.”

Environmentalists like Obama want this system because it will make prices skyrocket and people will be forced to use less energy. But I don’t want to put words in his mouth, I’ll let him say it:

THEN-PRESIDENTIAL CANIDATE BARACK OBAMA: Under my plan of a cap-and-trade system, electricity rates would necessarily skyrocket.

Got it? So the main beneficiaries will be big corporations and proponents of the redistribution of wealth. You are the loser here because you pay more for energy. But you can feel good because you saved the planet.

Not to mention, other places — like Europe — who have tried to implement green initiatives (like Spain) and then base markets on it are suffering the consequences. Because, as Time unwittingly described the creation of Chicago Climate Exchange, it “creates something out of nothing.” There is no value behind the market; it’s like Pets.com except now its solar panels.

So who would want to create something like this?

In 2000 and 2001, Chicago Climate Exchange received start-up grants from the Joyce Foundation. The Joyce Foundation is like the George Soros’ TIDES Foundation. In fact, it’s actually bigger than TIDES and even funds TIDES. Think of it as a place where uber-rich and powerful liberals like to dump their money into, so the cash can be spread around to their pet projects without a direct link.

BLOOMBERG REPORTER: So how big do you think this market could be?

A $10 trillion a year market? That’s a lot to go around. In comparison, the value of U.S. company shares on major U.S. and foreign stock exchanges equities market was $15 trillion in 2009. There’s a lot of money riding on this climate legislation. But remember: It’s all about saving the Earth.

London-based Generation Investment Management sees the earning potential as well. That’s why they purchased a stake in Chicago Climate Exchange and are the fifth largest shareholder. The cofounder of the London-based firm? Former Vice President Al Gore. I say cofounder because some of the other founders include David Blood (former Goldman executive), Mark Ferguson (Goldman) and Peter Harris (Goldman).

In 2006, the Chicago Climate Exchange got a nice boost of confidence when an investor stepped to the plate and ponied up to purchase 10 percent of the combined company. Cofounder of the Chicago Exchange said the investment was big and welcome news. The investor? Goldman Sachs.

Oh and I almost forgot: The person at the beginning of it all? The one on the board of the Joyce Foundation that secured the initial funding for this project? Barack Obama.
This is so weird. It’s almost like those our government says are responsible for the financial collapse are the ones directly involved in the “solutions.” So much for “changing the locks,” Chris.

OK, now let’s look at this. What you have is a structure. This is the building: the Exchange. You’ve got the structure, all the players.

You are trading air; it’s hard to keep track of air. The good news is, the bill is being worked on by Republicans and Democrats. That’s cap-and-trade.

The machinery, the device? A patent for such a device was worked on by CO2e.com CEO Carlton Bartels. Shortly after he filed for the patent on his system to trade residential carbon credits, he was killed in the 9/11 attacks. Bartels wife then shopped the idea around and was able to find a buyer. The buyer ended up being a guy who wasn’t really a good guy, he committed massive accounting fraud and manipulated earnings in his company in order to make huge bonuses.

That person was Franklin Raines, who just happened to be the CEO of Fannie Mae at the time. The patent was eventually approved by the U.S. Patent and Trade Office on Nov. 7, 2006 — coincidentally the day after Democrats took control of Congress. Thanks to Barbara Hollingsworth of the Washington Examiner for pointing this out to us.

So now, Fannie Mae, who is congressionally mandated to “make housing more affordable,” is poised to reap billions on a system that has nothing to do with housing except for that it would make housing costs go up.

Remember when Fannie purchased risky mortgages from banks, bundled them together and sold to investors as mortgage-backed securities? And then the housing market was absolutely destroyed? Well, former Fannie VP Scott Lesmes was responsible for that bundling.

Well, here’s the good news: Not only will this new carbon trading “system” try the exact same bundling method (except with air); they are using the exact same guy: Scott Lesmes.

But, please, don’t worry. The only ones involved in this are the corrupt Franklin Raines, Mr. redistribution of wealth Barack Obama, and all the people who the House and Senate are currently saying are the bad guys. Other than that, this should work out great.

It’s almost like Goldman is willing to take a little heat now, in order to get a little piece of the $10 trillion green pie later. I challenge the media: Will anyone pick this story up? Will anyone question this and the timing of it all?

All of a sudden illegal immigration has leap-frogged global warming? Is it because Goldman has to take hits to get the global government structure done? And then they get the payoff? Or will you continue to say oh, he’s crazy and not talk about the facts.

Welcome to CCX: We are a financial institution whose objectives are to apply financial innovation and incentives to advance social, environmental and economic goals through the following platforms.
Chicago Climate Exchange (CCX) is North America’s only cap and trade system for all six greenhouse gases, with global affiliates and projects worldwide.

Chicago Climate Futures Exchange (CCFE) is a landmark derivatives exchange that currently offers standardized and cleared futures and options contracts on emission allowances and other environmental products. CCFE is a wholly owned subsidiary of CCX.