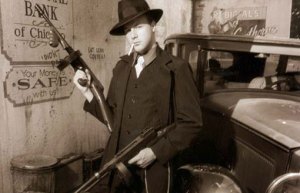 Welcome to the Illinois Rogue Gallery of Gangsters who masquerade as honest politicians, “friends” of politicians, associates of politicians, union officials and their notorious thugs, underground criminals, and the endless parade of their debtors or creditors.  Their mentality of  “I’ll scratch your back if you scratch mine”  has led to a mafia type organization with corruption to match.  Opposition leads to usual/unusual consequences including  suspect suicide and deaths.  Although their game  increased profits for Chicago and state morticians, their gangland stronghold kept the city from thriving.   Knowledge about the inner workings and connections in Illinois are the backdrop to the shenanigans we are watching on the Washington, D.C. stage.

Following the path of these people will shine a brighter “green”  light on those that now inhabit the White House and those who are occupying the Washington, D.C. administration.  Previously, they were all in bed with each other and they continue their backroom deals,  back scratching,  and hand washing across state lines.  Much as they are accustomed to the gangster world, we the people are now their unwitting and unwilling victims.

With friends such as these, who needs enemies?   Ooops, I forgot, those opposing or criticizing opposition to anything “they”  choose to do are the enemies.  Oh come on, we’ve already been called mobsters, accused of being members of the KKK, and right-wing terrorists so what’s another label.  Is being an enemy a step-up or step-down from those labels?

Let’s take a look at one costumed politician.

NBC Chicago describes him,  “Basically Eddie Haskell to Obama’s Wally Cleaver.  State Treasurer Alexi Giannoulias is a former ‘Bama b-ball buddy, emulator of the president’s mannerisms, and would-be senator seeking the approbation of a White House that has yet to lend its full-throated support to the Greek town scion.

The youngest person ever to be elected State Treasurer, Giannoulias has youthful vigor and charisma on his side, and a track record of modest in-office accomplishments.”

Alexi was the son of Anna and Alexis, both Greek immigrants.  Demetris and George are his older brothers.  Alexi attended Tulane University Law School and after law school he returned to Chicago and joined Broadway Bank that his family owned. While there between 2002 – 2006, he held the positions of Vice President and senior loan officer.

During the 2006 campaign for Illinois State Treasurer he was endorsed by U.S. Representatives Jan Schakowsky and Jessee Jackson, Jr.  Additionally, Senator Barack Obama gave his endorsement to Alexi.  Like Obama, Alexi had little experience for the State Treasurer position that he won. Has he received any accolades for how the state’s monies have been handled?

Convicted felon, Tony Rezko, received real estate development loans from Broadway Bank.  Rezko was convicted of fraud and money laundering in 2009.  According to Sean Hannity this week, Rezko still has not been incarcerated, and no one knows where he is being housed.   Rezko was supposedly “singing” for the Feds, and so his prison date still hasn’t been set.   It appears that the Feds have a real hidden asset in the upcoming trial for Rod Blagojevich.   Although Alexi was at the bank when Rezko took out the loans, supposedly he didn’t personally approve them.

Michael Giorango, another convicted felon, received real estate development loans from Broadway Bank.  Giorango was convicted for prostitution and bookmaking.  Alexi claimed he wasn’t on the Loan Committee that approved the loans to Michael.  Who was responsible for making all of these bad loans?

According to Wiki, “Giannoulias was endorsed by Planned Parenthood, the Service Employees International Union (SEIU), AFSCME, the AFL-CIO, and the Sierra Club. He was also endorsed by U.S. Reps. Jan Schakowsky, Luis Gutierrez, Michael Quigley, Bill Foster and Phil Hare. U.S. Senator Dick Durbin, the Assistant Majority Leader and second-highest ranking Democrat in the Senate, has endorsed Giannoulias and serves as the chairman of the Giannoulias Senate campaign.” Do you see any Red Flags from these endorsements?

What is the connection between Tony Rezko, Alexi Giannoulias, and Barack Obama? Are they just basketball chums?

Snips from Bloomberg’s article below gives a little more information about the man and his business acumen when he was working for the family’s business, Broadway Bank.  Yes, this man wants to follow in Obama’s basketball shoes! 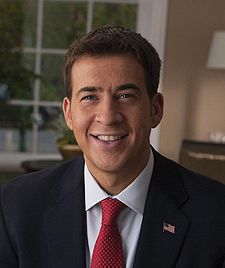 Obama Friend’s Bank Shut Down During U.S. Senate Bid
April 23 (Bloomberg) — U.S. Senate candidate Alexi Giannoulias, the Democratic nominee seeking the seat once held by President Barack Obama in Illinois, vowed to press on with his campaign after regulators seized the bank his family owns. [Where’s Timothy Geithner when we need him? Obama allowed his pal’s bank to fail and be taken over? Tread marks?]

“My campaign for the United States Senate goes forward, with a renewed determination to turn Illinois’s economy around and to fix what’s broken in Washington, D.C.,” Giannoulias said.

Broadway Bank had been operating since January under terms of a consent order with the Federal Deposit Insurance Corp. because of commercial real-estate loan losses.

“Unlike the big Wall Street banks, there was no bailout for my father’s bank,” Giannoulias said, fighting back tears at a news conference at a Chicago hotel. “It is an incredibly sad and heartbreaking day for me and for my family.”

The bank, whose profits helped finance and provide credibility to Giannoulias’s successful 2006 state treasurer bid, has shaped a contest for a seat Democrats have unexpectedly found themselves defending and one that will help determine whether Obama’s party keeps its Senate majority.

Republican nominee Mark Kirk, 50, a five-term congressman from Chicago’s northern suburbs, has repeatedly suggested Giannoulias, 34, exercised bad judgment while working at the bank from 2002 through 2006 as a senior loan officer and vice president.

“While years of risky lending schemes, hot money investments and loans to organized crime led to today’s failure, it’s a sad day for Broadway Bank employees who may lose their jobs due to Mr. Giannoulias’ reckless business practices,” Kirk’s campaign said in a statement.

Expecting Support
Giannoulias said he expects support from the White House, although stopped short of saying he had commitments for such things as fundraising help. “I can’t tell you what date they are coming and what they’re going to be doing exactly, but they’re supportive,” he said. “They’re going to come and campaign for me and all Democrats.”

Giannoulias, who first met the president through basketball, helped Obama tap Chicago’s Greek-American community for contributions during his Senate and presidential bids.

In other actions by the FDIC, the government took over Rockford-based Amcore Bank N.A., and sold certain of its assets and liabilities to Harris Bank. Citizens Bank & Trust Co. of Chicago, with assets of $77.3 million, was also seized and is being acquired by Republic Bank of Chicago in Oak Brook.”